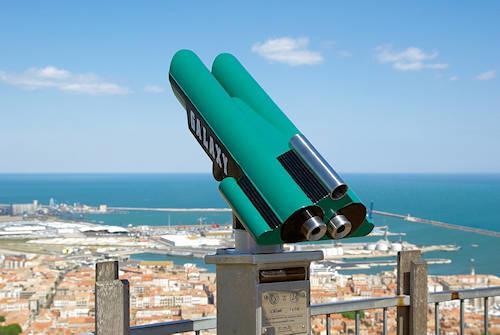 The weather in Languedoc, France, is some of the most varied in Europe. Along with Corsica, the Languedoc-Roussillon climate is the hottest in France. 2020 is forecast to be another hot year in the Languedoc, with temperatures predicited to exceed 2019 levels (with average summer temperatures above 30oC (80oF)). The weather in Languedoc-Roussillon is predominantly Mediteranean, with long hot dry summers, mild winters, and warm springs and autumns. The Languedoc Roussillon region is a dry region of France, rainfall is rare but when it comes you can experience spectacular downpours. You can expect around 300 days of sunshine a year in the Languedoc, but the region covers a diverse area and the weather in Languedoc can vary considerably within its borders. It has spectacular lightning storms, hailstorms that can strip a car of its paint, and occasional floods.

The Languedoc has not only the hottest summers in France, but also a welcome cooling breeze that makes it the perfect holiday destination. The summers are consistently and comfortable hot. Usually from April through to October the climate is dry and warm and it is rare to see clouds in the sky once the sun has burst through. The coastline of Languedoc-Roussillon is bathed in sunshine and the cooling breeze off the Mediterranean sea brings a welcome relief. Inland the temperatures are slightly cooler, especially when the sun drops down.

Nîmes, reputed to be the hottest city in France, recorded a shade temperature of 43C (110F) in 2001. But this is not normal. Usually during the summer (at least since we have been here) you can expect at least one week of scorching weather (nudging above 35oC/95oF. The rest of the time it is T-shirt, shorts and flip-flop weather.

It is rare to get rain in the summer, with the heavy rains waiting until the autumn and sometimes in spring.

In the north, dry winds like the Mistral, and the Tramontane blow during the summer months. The Tramontane blows most frequently and comes from the North-North-West of France. A few days each year the Sirocco blows in from North Africa, carrying a fine dust which coats all the cars and houses. Sometimes the wind can get up in other areas, but the Montagne Noir (Black Mountains) often protect the coastal plain from the strong winds.

Languedoc weather in the winter 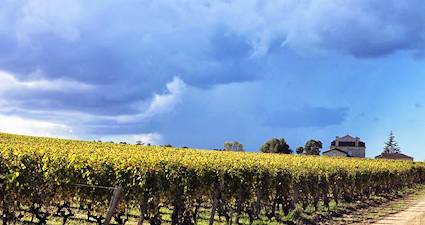 The Mediterranean seas ensures that weather in Languedoc in the winter along the coast is quite mild. Most days you will experience powder blue skies and temperatures around 15oC (60oF). To be honest, the best part of living in Languedoc-Roussillon is the winter. Whilst other areas of Europe are covered with damp grey clouds, the weather in Languedoc is usually dry and crisp. It can get cold, especially at night. But this makes sitting by the fire Whilst the temperature in the winter is predominantly mild, some inland departments like Lozère can get really cold and snowy.

The coastal plains of the Languedoc rarely freeze in winter due to the influence of the Mediterranean Sea. Generally, the inland temperatures are a few degrees cooler in winter and a few degrees warmer in summer. The coastline, sheltered by mountains, tends to be sunnier than and warmer than the inland areas. The mountains of course tend to be cooler, and valleys damper.

One of the most popular spots for our customers who visit the Languedoc during the winter is the coastal town of Marseillan. Marseillan is located on the Etang du Thau, a salt water lake that is separated from the sea by a thin strip of beach. The Etang du Thau is where the best Oysters and Mussles are grown in France (at Bouzigues). As a result of the influence of the coastal lake, its proximity to the sea and sheltered terrain, Marseillan experiences very mild winters and hence is popular choice with winter renters. A selection of properties to rent in Marseillan during the winter can be found here Marseillan long term rentals.

The weather in Languedoc during March and April is quite unpredictable. On some days you will have with glorious sunny weather and the next you could get heavy downpours. That said, you will normally wake most days to find powder blue skies and a gentle breeze. The days are usually very pleasant, with lots of sunshine and warm temperatures.

Weather in Languedoc during the Autumn

October is often beautiful month for weather in Languedoc. The days are warm and sunny, and you only feel that it is autumn during the evenings when the temperatures begin to dip sharply. November and December are often much cooler, but still very pleasant, with lots of sunshine.