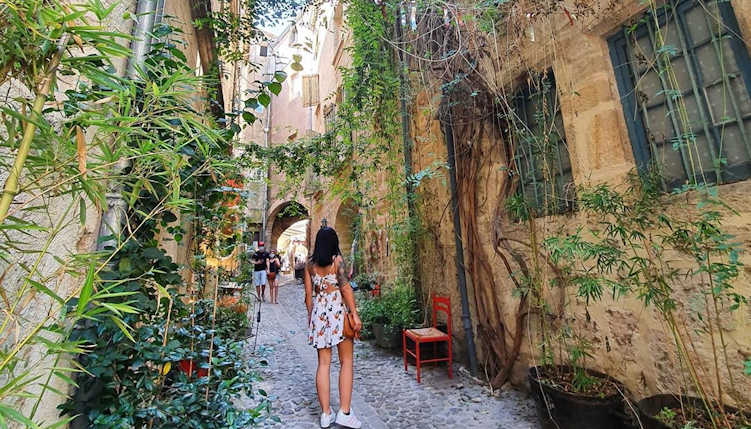 The best time to visit Pezenas is in the height of summer during the regular Friday night Estivale when all the shops in Pezenas stay open late, local vineyards are selling their wine on the streets and the old town is buzzing with life.

Pezenas rose to prominence in 1456 when it was chosen as the seat of the regional Languedoc parliament. In the late 17th century Pezenas became the summer home of the Prince de Conti, who brought with him his entourage of playwrights and artists - including the then undiscovered writer Moliere.

Moliere since his time in Pezenas, grew to become a celebrated French playwright on an equal footing with Shakespeare. Pezenas was allegedly the scene where Moliere unveiled his play "Le Médecin Volant" in 1655. 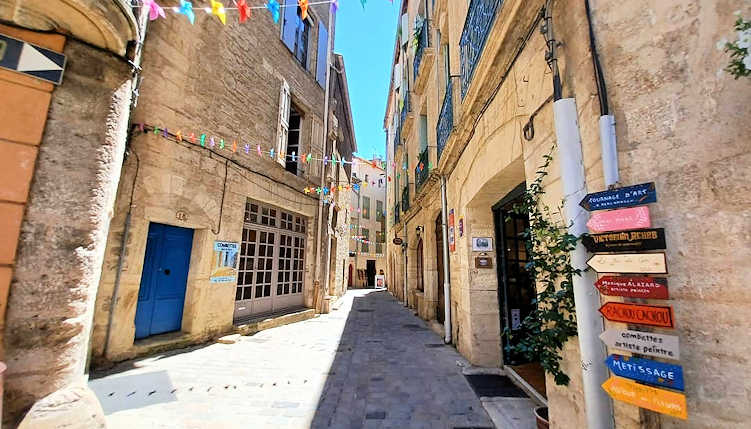 Pezenas has since the late 19th century marketed its brief relationship with Moliere. Don't be taken in. Call me an old cynic, but I don't think anyone truly knows how long Moliere actually spent in the town (it varies from from 4 years to 4 summers to a few weeks over a couple of years. But this shouldn't spoil the fact that it demonstrates Pezenas' rich cultural heritage.

Pezenas was and still is the home to many different craftsmen. It is an important antiques centre and it also hosts many theatre and cinema festivals during the year (the old cinema just behind Rue Jean Jaures is a great place to catch a movie in an old style auditorium and the Ilustre Theatre, close to the wine cooperative on the main road into Pezenas is also a hidden gem, although I have to admit that I tend to go here for the pub quiz!!). 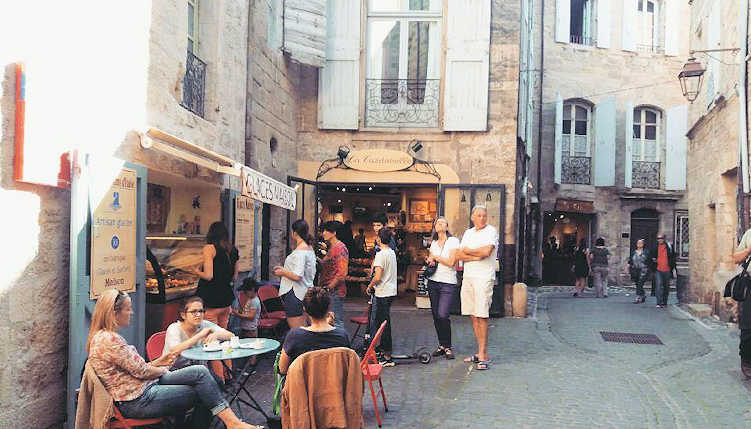 Pezenas has two culinary traditions. The first is the "Berlingot", a hard candy sweet that comes in a variety of flavours. The best place to pick these up is the small sweet shop next-door-but-one to the tourism office.

The second is the "petit pâté de Pézenas". These are bite-sized mince-tarts, based on a recipe of the Indian chef attached to Lord Clive, the English Governor of india. Lord Clive took a summer vacation in Pezenas in 1768 and the small tarts have stayed with the town ever since.

Pezenas is home to some good restaurants (as well as some distinctly average ones. L'Entre Pots is a relaxed, chic restaurant with fabulous food (see L'Entre Pots for more details) This was the 'in' place to go at one point in time, but I hear recently that it has become quite pricey. I have to admit I haven't eaten there for a couple of years, but it was very good when I went. Other restaurants of note include Les Palmiers and Chez Hansi. 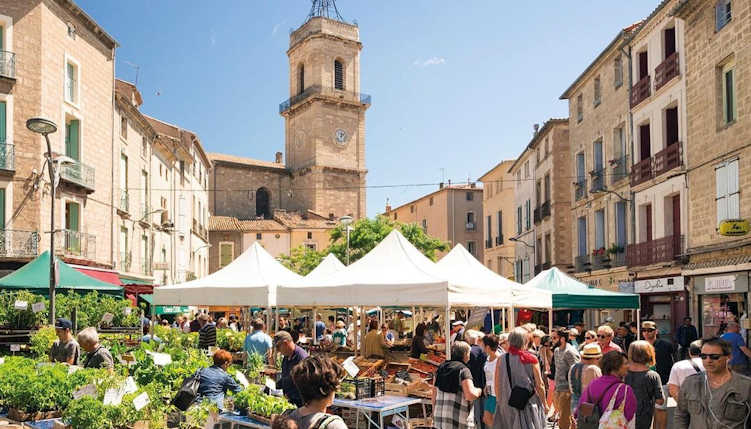