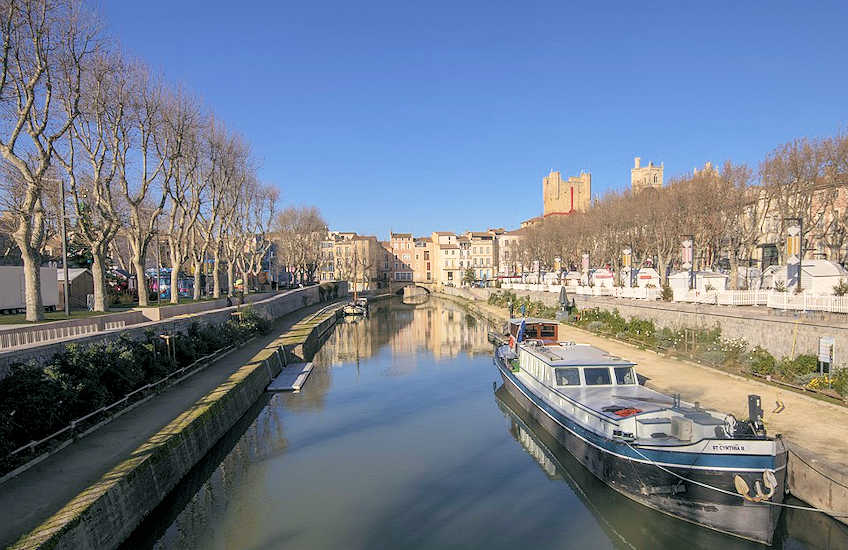 When you approach Narbonne from a distance it appears like a normal modern city with its high rise buildings in its centre. But as you get nearer what surprises you is that these buildings that dominate the skyline are in fact some of Narbonne's oldest buildings. Here we feature some history about Narbonne and some Narbonne tourism information.

Narbonne has a rich heritage. It was once the capital of the Roman province of Gallia Narbonensis, covering 70% of present day Languedoc. At the time it flourished as a port town, up until the system of dykes and canals fell into disrepair and Narbonne's river por silted up. It was also the site of an important Jewish University, until the jews were expelled from Narbonne in the mid 13th century. Narbonne then really did go backwards for a while. The Black Prince burnt it down, like he did with a lot of Languedoc towns that didn't fancy surrendering to him. It only really pulled itself through this difficult time by rediscovering its wine heritage in the late 1800s, which led to some form of prosperity.

The centre of Narbonne is quite small. In fact there are only really a few streets either side of the Canal du Robine that bisects the centre, that are worthy of a visit. Perhaps the best time to catch Narbonne is on a Sunday morning when the whole of the town is taken over with a huge market (see Narbonne Market for more details). The grassy banks of the Canal du Robine provide a pleasant splash of green and colourful flowers.

It is quite amazing that a town the size of narbonne has such a massive cathedral. You can literally see it from miles around. The cathedral dates back to Roman times and the rule of Emperor Constantine who introduced christianity as the Empire's official religion. the present building was started in 1272, but was never completely finished. It is supposed to have an eastern nave, but this would have meant demolishing the old Roman defensive wall (which was still useful with the Black Prince roaming around). Narbonnes' cathedral is the third highest cathedral in France and it is absolutely immense inside. It is hard to believe the knowledge and skill of the medieval craftsmen that constructed the 49m high choir with its flying-buttresses. 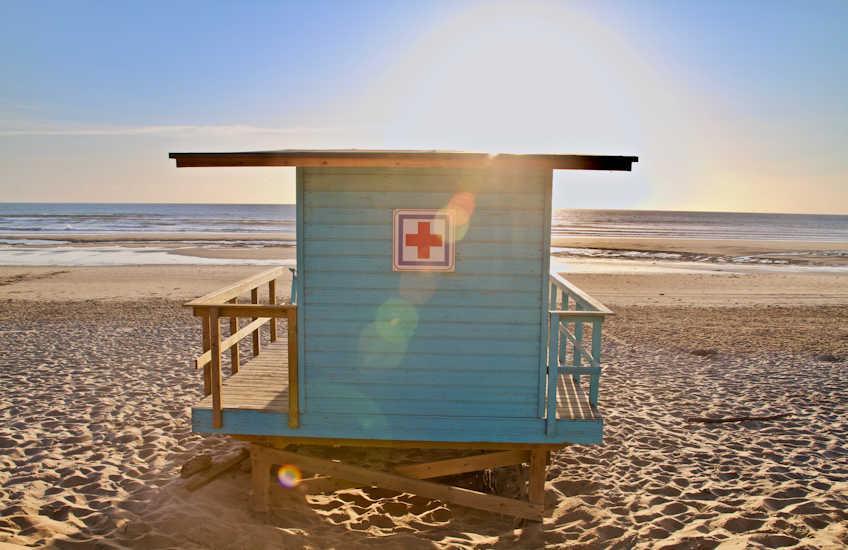 A couple of streets away from the cathedral is Narbonne's only remaining Roman structure, a large granary building only discovered in 1838. It was an underground grain store, probably connected to a market or corn exchange. There is not a lot to see inside except to marvell at the size of the structure and see some ancient graffiti on the walls. The Horreum is to be found on rue Rouget de l'Isle and is open daily during the summer months.

Narbonne's archeological museum is worthy of a trip. It contains artefacts from right back to the Neolithic period (it is amazing how small the skulls were compared to the present day). There are various arrow heads and broaches from the Bronze age and, as you would expect, a large collection of Roman remains, including a huge ship's anchor. Standing in Narbonne today it is hard to imagine it as an important port town. Unusually for museums in Languedoc, there are some quite detailed descriptions in English as well as French. If you are on an archeological trail, make sure you visit the uncovered section of the old via Dormitia in the place de l'Hotel de Ville. What gets me about archeological remains is how deep they are under the current ground surface. Is this the truth about global warming they're not telling us? The earth is getting fatter and closer to the sun! The archeology museum is just across the courtyard from the Archbishop's Palace.

The 42m tower connected to the Archbishop's Palace is the first thing that really takes your eye. This was originally erected as a defensive tower and the wide foundation was intended to prevent battering rams. You can walk up the steep steps inside and get a great view over to the Med and the cathedral. The Palace itself is another one of Viollet-le-Duc's medieval reconstructions (see Carcassonne), but it is nonetheless very pretty. 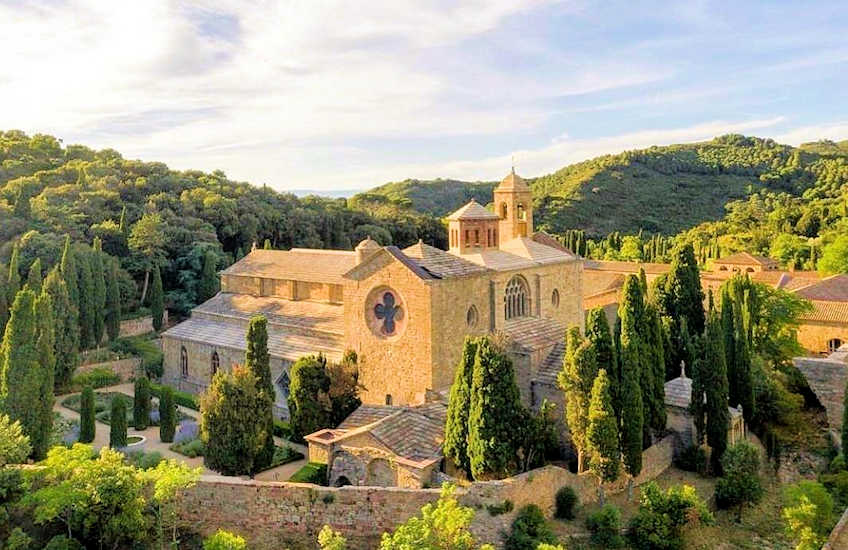 If you are in the Narbonne area for a couple of days then an excellent excursion is to the beautiful old Abbey at Fontfroide. This ancient old Monestry is situated in beautiful countryside about 25 mins from Narbonne town centre (see Abbaye Fontfroide for more details).

If you are in Narbonne do go to the wonderful indoor market, complete with its little cafes and bars in between all the rabbits and chickens hanging up. The rest of the city centre is a bit scruffy and has a reputation for being a bit rough at night - but I have always found it ok. One of the best times to visit Narbonne is during the summer festival season (see Best languedoc Festivals for more information). On the outskirts of town you will find the Narbonne rugby stadium. Although they got relegated from the Premier division last season, it is worth going to watch them on a Saturday evening if no other reason than the vocal support and the cheers that go up when they announce that Perpignan are losing. They also have the best hotdogs in the world, according to my son Cameron.

If you are looking for accommodation close to Narbonne, have a look at Go Languedoc's range of Narbonne houses to rent. For more information on visiting Narbonne, please follow the link to the Narbonne tourisme site.