Best restaurants in South France to visit in 2023 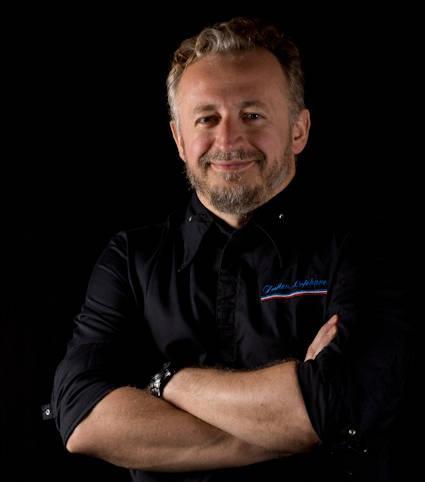 Fabien Lefebvre is a native of Beziers (un Bitterois) who was taught to cook by his grandmother in nearby Valras. Following his cookery training in Perpignan, Lefebvre worked at a number of fine dining restaurants in Axi-en-Provence, Juan les Pins and Saint Raphael, before moving to Paris where he takes up a position at the Bristol hotel under Chef Del Burgo. It was at the Bristol that he met his future wife. Fabien Lefebvre purchased L'Octopus in 2004. The restaurant was already established in Beziers and it had previously held a Michelin star from 1977 to 1985. But the restaurant had become tired and outdated. 4 years of hard work were eventually rewarded in 2008, when L'Octopus received its first Michelin star, which it has continued to hold for 10 years (unlike L'Ambassade restaurant in Beziers which lost its Michelin star in 2015).

The Michelin guide lists the L'Octopus as an outstanding high quality restaurant. The Michelin report which accompanied the award of the first Michelin star in 2008 stated that L'Octopus represented "beautiful Fine dining in the heart of Beziers, delicious seasonal cuisine, superb seafood and fish, accompanied by a nice selection of wines. Warm, contemporary decor and lovely terrace to boot!". 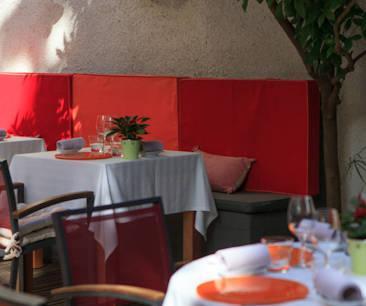 L'Octopus is located on a small side street, running parallel to Allees Paul Riquet, the main tree-lines boulevard in Beziers city centre. The outside of L'Octopus looks pretty inauspicious, but the interior of the restaurant opens out onto a lovely courtyard garden. Like the nearby Maison de Petit Pierre restaurant, the atmosphere at L'Octopus is pretty informal and relaxed (which pretty much somes up the atmosphere in Beziers full-stop).

The prices at L'Octopus are certainly not cheap, but they are also not Cote d'Azur stupid prices either. The cheapest menu starts at €55 with an 8 course lunch/dinner menu costing €90 per head.

You will find L'Octopus restaurant at 12, Rue Boieldieu, Beziers, Languedoc-Roussillon, France (which is just behind Allees Paul Riquet). For reservations please call +33 04 67 49 90 00 or email .