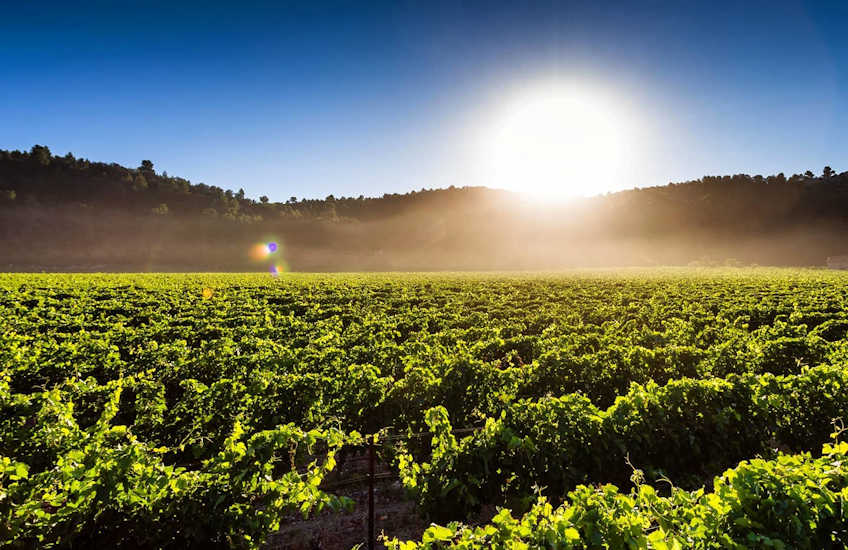 If you're coming to Languedoc and you like good wine, then you're in for a real treat. Some of the best wines in France are grown in Languedoc. With 6 stand-out wine appelations (AOC), together with some excellent independent producers, you can not fail to be impressed, especially if you stick to our tried and tested selection.

The Languedoc is located in the South East of France, stretching along the Mediterranean coast from the Spanish border, up to Provence.

The Languedoc is the largest wine region in the World. The Languedoc vineyards produce more wine than the whole of the United States and constitutes more than 30% of France's total wine production.

The Languedoc wine region benefits from a warm Mediterranean climate. It has long hot summers, perfect for ripening the grapes prior to the harvest. The majority of rain tends to fall in the winter. The soil is generally poor and the roots of the vines have to stretch deep down in the search of nutrients and water (which helps to enhance the quality of the grapes).

Wine has been produced in the Languedoc since the Greeks first arrived on the coastline in the 5th Century BC. During the Middle Ages, the region developed a reputation for producing excellent wines. Languedoc wines were traded throughout France, helped by the development of the Canal du Midi, which opened up trade routes from the Atlantic to Mediterranean coasts. With the dawning of the Industrial age in France and the growing demand for wine, wine production in the Languedoc switched from high quality small batches to low quality mass production. The advent of the railways, cemented Beziers as the capital of the Languedoc wine region, with trains ladened down with bottles of wine traveling up from the city to Paris and the Northern industrial centres.

During First World War, conscripted French soldiers were given a daily ration of 2 litres of wine each. To meet the consumption levels, Languedoc wines were often blended with heavy red wines from Algeria to produce le gros rouge with the quality of the wine determined simply by the depth of colour, rather than what it actually tasted like. For most of the 20th Century, the Languedoc continued to focus on producing cheap low quality wines. However, by the 1970s, French consumers started to move away from low quality wines, which led to a surplus supply of wines from the region. Unsold wine was often turned into vinegar or industrial alcohol.

During the late 1970s and early 1980s, European subsidies helped to reduce the wine production levels in the Languedoc and enabled vineyards to plant different varieties of grapes (aimed at producing better quality wines). Since this time, the reputation of the wines from the Languedoc has improved dramatically and there are now some excellent wines to choose from. Here is our selection of the best Languedoc wines to choose from. 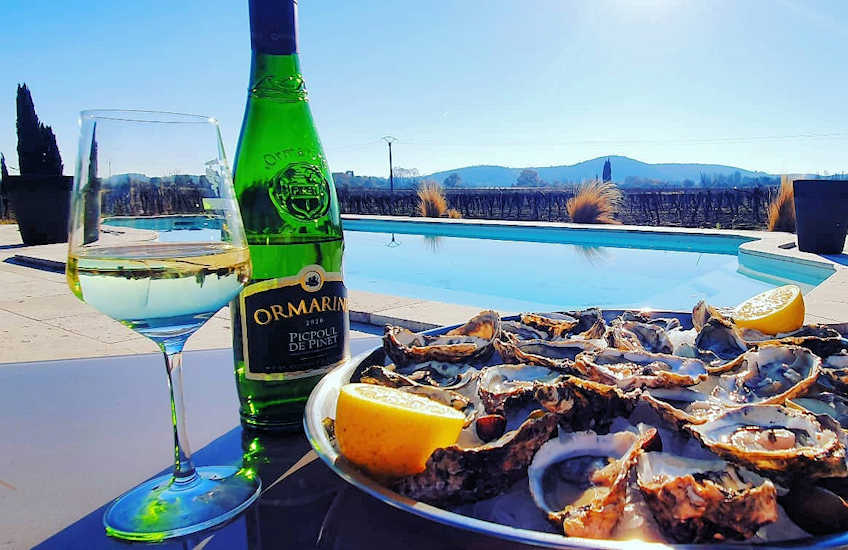 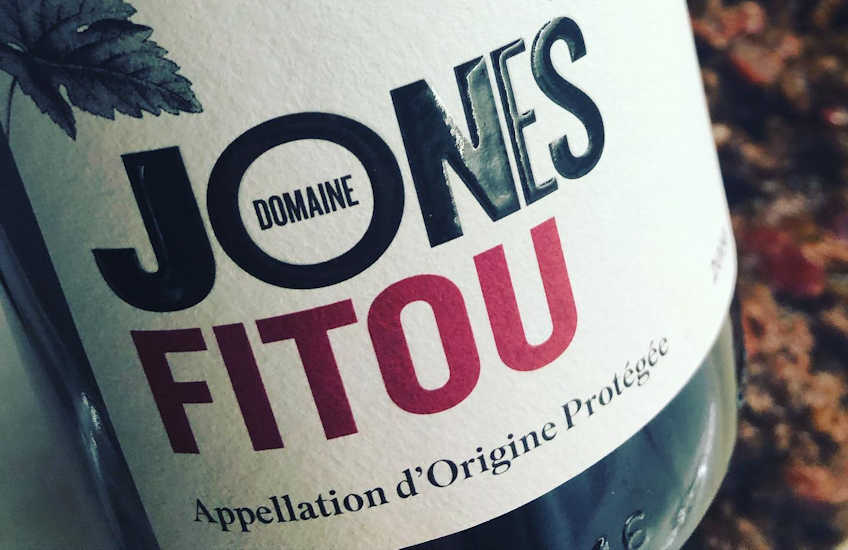 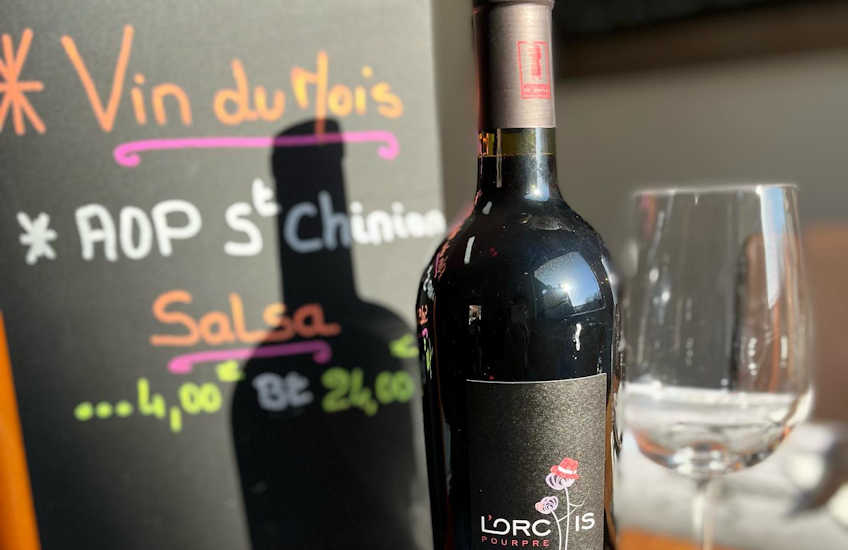 St Chinian red wines are well regarded as some of the best in Languedoc. During the 14th century, wines from the Saint Chinian area were often prescribed in hospitals in Paris for their "healing powers"

At the foot of the Montagne-Noire (Black Mountains) and covering the picturesque Orb valley, the Saint-Chinian appelation was formed in 1982 to group together the wine production from twenty villages, centering around the town of Saint-Chinian. With its strong focus on high quality wine production, Saint-Chinian wines have won a well-deserved reputation for fruity, full-bodied wines. Although some rose is produced, my preference is to stick with the reds. In particular, I would recommend that you visit the wine cave at Roquebrun, a pretty village on the banks of the river Orb. 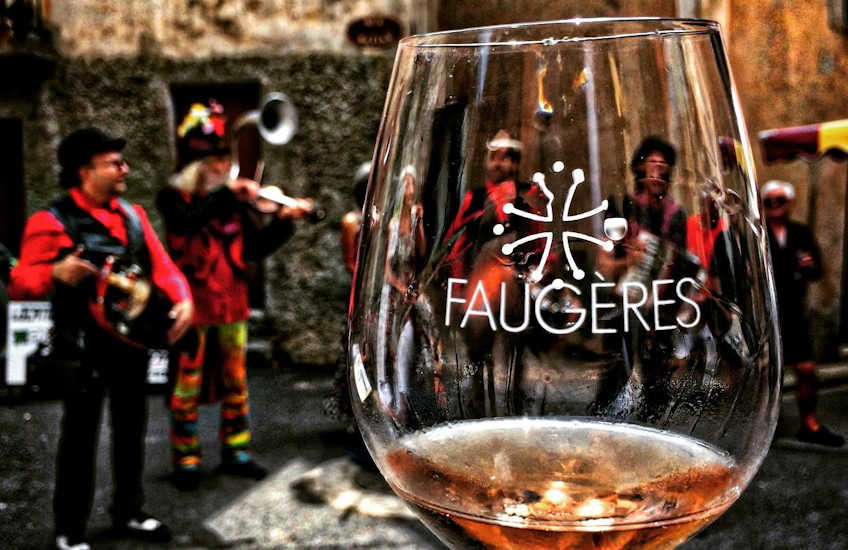 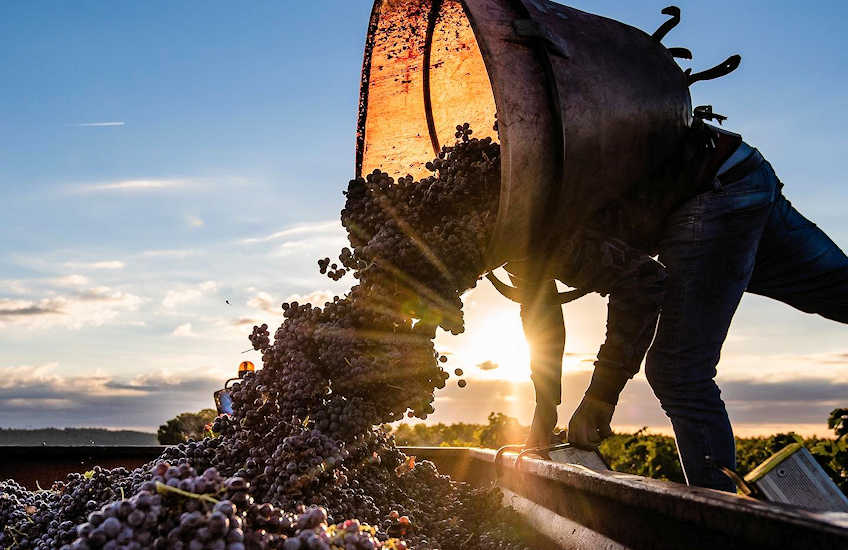 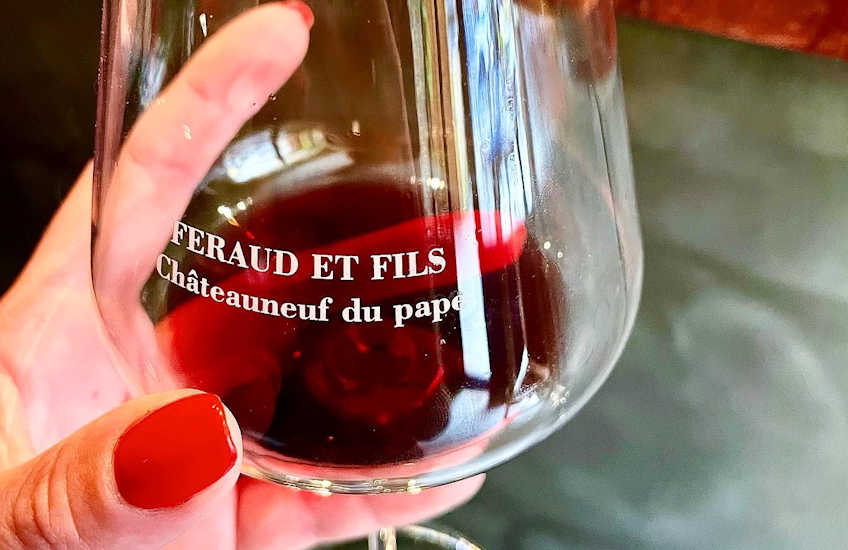 Although technically not quite in Languedoc (hence the 5½ !), Chateauneuf-du-Pape is such an amazing wine and so close-by that it is worth a detour up to Avignon to seek it out. The Chateauneuf-du-Pape wines need no introduction to wine buffs everywhere. Situated 20km from Avignon, this appellation of wines is famous the world over. The story of Chateauneuf du Pape begins in the 14th century when the Pope's court moved to Avignon. John XXII, the second pope from Avignon, who reigned from 1316 to 1334, had a castle built as a summer residence on the heights of the village of Calcernier, several kilometres from Avignon. This village was renamed Chateauneuf du Pape ('the Pope's new house') in 1893,. The small vineyards near to the village produced an excellent wine, known locally as "the Pope's wine".

The Chateauneuf du Pape wine Appellation was created in 1933. The Chateauneuf-du-Pape appellation, produces wines which are rich, spicy and full-bodied. The preferred grapes are Grenache and Mourvedre. Some have also planted Syrah for the tannin and structure it adds to the wines. The earth around Chateauneuf du Pape is amazingly rocky, but that's one of the secrets of the outstanding Chateauneuf-du-Pape wine. The stones act as a storage heater, soaking up the Provencal sunshine during the day, and releasing the heat into the night, long after sunset.