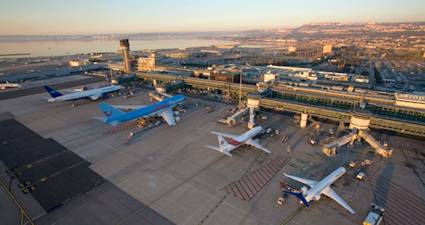 When we began Go Languedoc 9 years ago, I would say that around 50% of our customers took the long drive down from Ireland and the UK. Now it is less than 20%. We did have some Norwegian guests last year who drove down from Oslo, but they vowed never to do it again! With Flybe, Ryanair and Easyjet still offering great deals on cheap flights to Languedoc airports, now is the time to plan your next holiday in Languedoc Roussillon. There are 6 low cost airports in Languedoc Roussillon which provide cheap flights to Languedoc from the UK, Ireland and continental Europe. Most of these airports in Languedoc have been developed by either Ryanair or Easyjet, to take advantage of the low landing fees to provide cheap flights to the South of France from Northern Europe. Even though most ex-Pats I bump into in the Languedoc take great fun in knocking Ryanair and Easyjet, what they cannot escape is the unfortunate truth that these budget airlines providing cheap flights to Languedoc airports, then the region would not have been opened up to a larger tourism market.

There are now 6 low cost airports, Languedoc-Roussillon that operate cheap flights to Europe and North Africa. Most of these Languedoc airports are former airfields that have been developed to handle larger passenger flights. All of these Languedoc airports have taken great strides in recent years to develop greater passenger facilities. Most have undertaken or in the case of Perpignan and Carcassonne are in the process of undertaking major refurbishments. 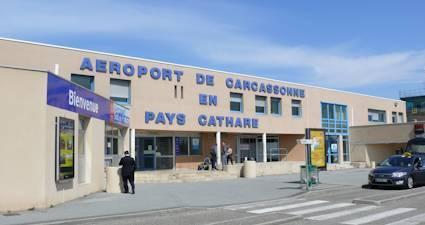 Ryanair has a busy schedule of flights to Carcassonne airport in South France during the summer of 2018. We have highlighted the Saturday flights to coincide with holiday villas that have a Saturday changeover during the high season: 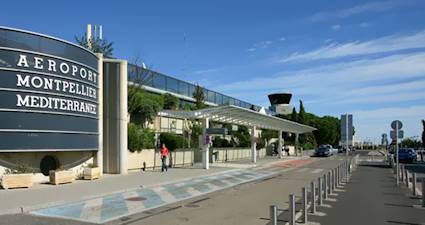 This is the schedule of cheap flights to Montpellier airport in South France during 2018. We have highlighted the Saturday flights to coincide with holiday villas that have a Saturday changeover during the high season: 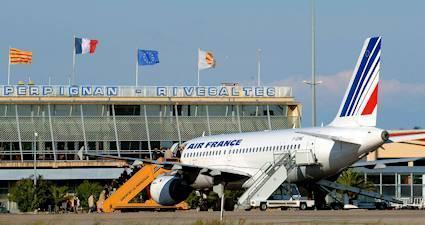 Perpignan airport is the Southern most airport in mainland France. The airport at Perpignan has recently undergone a much need refurbishment and it has expanded its schedule of flights. Cheap flights to Perpignan airport can be found from the following destinations:

This is the schedule of 2018 flights to Perpignan airport in South France (Saturday flights are highlighted in case your holiday villa has a strict Saturday changeover day): 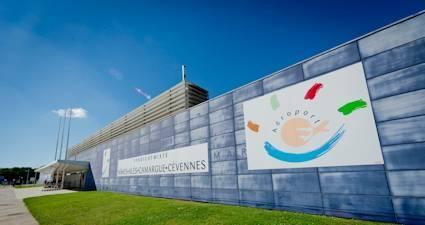 This former naval airbase has been developed into Nîmes Airport in recent years. What is amazing is the number of names that Nimes airport calls itself: Nimes airport or Nîmes–Alès–Camargue–Cévennes Airport or Garons Airport or Nîmes Garons Airport (that is what happens when you have a local government committee running an airport!!). Nimes airport is located 9 km south-southeast of the city of Nîmes in the village of Saint-Gilles near Garons. The airport operates flights in to the Provence region, Avignon, Arles, the Camargue, the Cévennes and the wider Gard department. It has some commercial flight services, operated by Ryanair and it also serves as a naval air base. Cheap flights to Nimes airport can be found from the following destinations:

This is the 2018 schedule of summer flights to Nimes airport in South France: 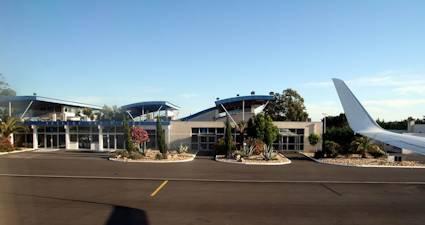 The Béziers Cap d’Agde airport in the Languedoc is a small airport that has expanded rapidly since 2010. The airport now receives over 250,000 passengers per year. Cheap flights to Beziers airport France can be found from 9 international destinations:

All of these flights are operated by Ryanair. Beziers airport is located just a short taxi ride from Beziers city centre and it is also has a regular bus service to local towns such as Agde, Cap d'Agde, Vias and Marseillan. There is a small selection of car hire operators at Beziers airport.

Beziers airport in South France has a busy schedule of flights from the UK during 2018: 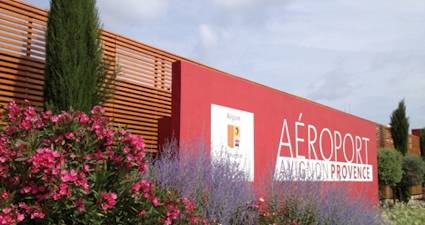 Avignon airport, just on the northern border of Languedoc Roussillon is the airport providing cheap flights to Provence.  Aivignon airport is located in the village of Montfavet, 8 kilometres southeast of Avignon. The facilities are a little sparse, but then benefit is that you can get on and off your flight pretty quickly. Cheap flights to Avignon airport can be found from the following destinations:

Ryanair operate the following flights to Lanhuedoc from UK and Ireland :

Easyjet operate the following flights to Lanhuedoc from UK and Ireland :