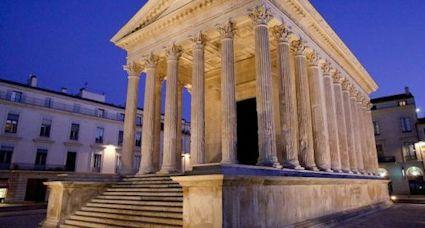 Best Languedoc festivals: Gypsy Fair, Sa... A huge gypsy fair is held in Les Saintes-Maries-de-la-Mer every year towards the end of May. This fair has a long old history. The story starts shortly after the Crucifixion of Christ, when many of hi... 1107 views Thu, 11 Mar 2021

Nimes property to rent in France long te... Nimes is one of my favourite cities in the South of France. With its beautiful Roman architecture and surrounded by glorious countryside, excellent TGV and road connections and fantastic local food an... 6850 views Wed, 24 Mar 2021

Things to do in Southern France: Carre d... Nimes' modern art museum, the Carre d'Art, was built in 1993 by English architect Norman Foster. The museum quickly established itself as one of the best museums of contemporary art in South France. M... 2300 views Sun, 21 Mar 2021
Tags:
Nimes France