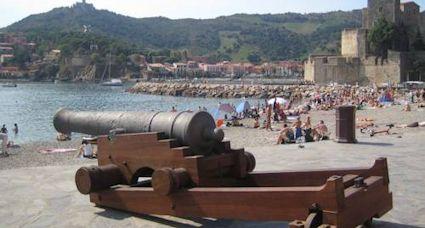 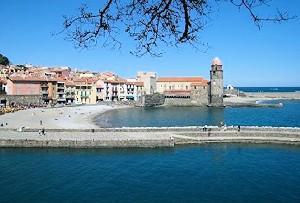 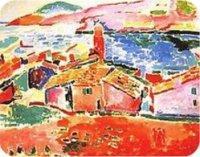 We always splash out when we go to Collioure and eat in one of the harbour restaurants. They are not that much more expensive than the restaurants in the narrow streets behind, but the views are infintely better. One of these restaurants, "Les Templiers" features paintings donated by Picasso, Matisse and Dufy. It is amazing how little Colioure has changed since the days when these artists whiled away their time here.

Best South of France cities to visit The South of France is home to some of the most picturesque cities in France to visit. Apart from the well-known cities such as Nice, Cannes and Marseille, you will find a wealth of beautiful French c... 27721 views Thu, 28 Jan 2021

Things to do Languedoc: Collioure Art tr... Collioure has in the past been home to an immpressive array of artistic talent, attracted by Collioure's "special light". Luminaries feature Matisse, Picasso, Dufy, Derain, Rennie McIntosh and Maillol... 2675 views Sun, 07 Mar 2021

4 Collioure France beaches to visit this... With its four beaches, Collioure in France, has to be up the top of the list as the best Languedoc coastal town to visit in 2021. Although the beaches are small and often busy, the views of the tranqu... 4948 views Sat, 01 May 2021

Best places to visit in Southern France:... I have to say I am really impressed with the town of Mirepoix in Southern France and I would certainly recommend that you take a detour to visit the place. The central Place Marechal Leclerc in Mirepo... 1350 views Sat, 27 Mar 2021
Tags:
Collioure France