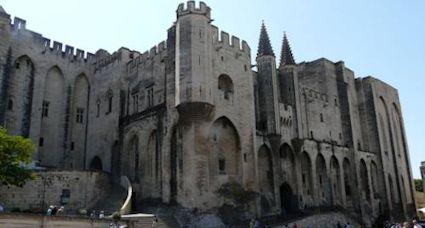 Avignon arrived on the World's stage when in 1303 the Vatican decided to move away from the anarchic violence of Rome to the peaceful pastures of Provence. Although they only stayed for 70 years their legacy can still be seen on the beautiful streets of Avignon. Today Avignon is a charming city, with lots of bustling streets and squares. Avignon is the administrative and cultural capital of the Provence and Camargue regions. It is widely regarded as one of the most active and beautiful cities in France, thanks to its architectural heritage and its world famous theater festival.

Minerve, Cathar village Languedoc The lovely medieval village of Minerve, 45 minutes west of Beziers, is one of the most beautiful villages in the Languedoc. Dating back to the 12th Century, this former Cathar stronghold, is perched o... 1884 views Sun, 21 Mar 2021

Where to visit in France: Sommieres tour... Sommieres, France, is a pretty little town with a wide river flowing through it. Sommieres is situated in between Nimes and Montpellier and it is easy to spend a day here wandering around the old... 1430 views Wed, 24 Mar 2021

Collioure tourist information Beautiful Collioure is one of my favourite destinations in the South of France. With the Pyrenees mountains tumbling into the sea, the impressive harbour, the castle, wonderful old church, beach-side ... 3197 views Fri, 26 Mar 2021

Languedoc Roussillon tourism With a civilisation stretching back thousands of years, the Languedoc region in France is home to some fantastic historical sites and places to visit. The Canal du Midi, Pont du Gard, Nimes Amphitheat... 1387 views Sun, 21 Mar 2021