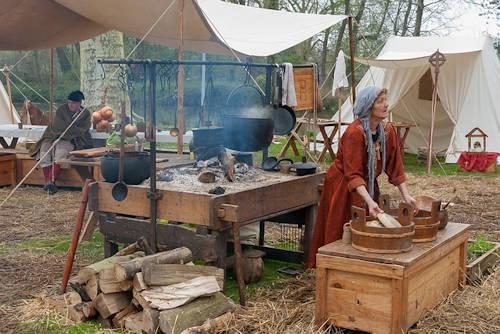 Beaucaire, South France is a pretty little place, with parks situated all along the banks of the Canal du Rhône. The best time to visit Beaucaire is  during the Estivales in July, a large festival reconstructing of the town's historic medieval fair. Visit the town''s website for more details (Beaucaire website).

Beaucaire is located on the edge of the Rhône River, with the town of Tarascon on one side of the river and Beaucaire on the opposite bank. Beaucaire dates back to the 700 BC. The town was later developed by the Romans and it sits on the Via Domitia, a famous Roman road that linked Rome to France and Spain. During the Middle Ages the town was frequently fought over by rival invaders, who looked to secure Beaucaires strategic location overlooking the Rhone.

Beaucaire is famous for its annual fair held since medieval times starting on the 21st of July. This six day fair dates back to 1217 when the town was granted an annual trade fair by the Count of Toulouse. This was in memory of a famous victory against Simon de Montfort''s forces in the town.

The site of the fair in Beaucaire was further expanded after the end of the Hundred Years War in 1453. The King of France (Charles VII) issued a declaration to create the Foire de la Madeleine, a week-long commercial festival free of taxes that permitted the trade of goods from all over the Mediterranean region. Within a couple of hundred years, the annual fair in Beaucaire had become the largest commercial fair in the whole Mediterranean region. The economic historian, Graham Robb, has calculated that the total volume of trade conducted during the six days of the Beaucaire fair during the 17th century equaled the total volume of trade conducted by the city of Marseille in a single year. At its height this fair would attract upwards of 300,000 people and was famous throughout the South of France.

By the mid 18th Century, the fortunes earned by the merchants at the fair began to dwindle. Emperor Napoleon had imposed new taxes on the fair to help pay for his military campaigns. The arrival of the railways to the South of France also weakened the reliance on river trade. 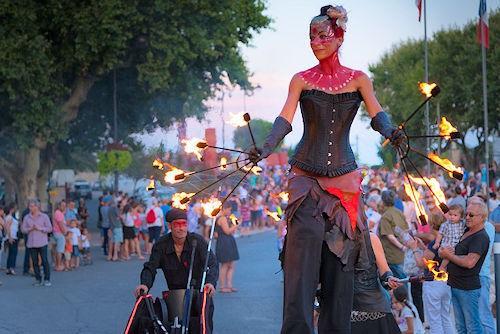 Today, the Medieval fair encompasses a number of historical re-enactments, a large traditional market and plenty of festivities throughout the town. The famous black bulls from the nearby Camargue region are run through the streets. It always starts on 21 July and always ends on a Monday and lasts at least six days

The Musee Auguste Jacquet in the town has an impressive display of the history of the Beaucaire Fair.

Behind the site of the fairground stands the ruined castle. Rising some 35m above the Rhone, this provides dramatic views over the local area.

Beaucaire is situated 10 km north of the old Roman town of Arles and 15 km south of Avignon.  To the south of the town is the Camargue wetlands region and to the east there is Provence. The neighbouring town of St Remy de Provence is often regarded as the spiritual centre of Provence. The nearest airports are located at Nimes (15 kms) and Montpellier (45 kms). Beaucaire can be reached along the D999 and D966 main roads.

Languedoc festivals: Feria de ... Sitting on the edge of the Petite Camargue, the old town of Saint-Gilles is a pleasant place to wander around, with its narrow windy streets. Through the centre... 1141 views Go Languedoc

Best Languedoc festivals The Languedoc region has some excellent festivals that perfectly sum up the relaxed way of life in the South of France. If you are visiting the Languedoc, then ... 5414 views Go Languedoc

Fete de Drac, Mondragon 2022 The Fete de Drac or Dragon festival in Mondragon, South of France, has been taking place for the last 40 years. The origins of the festival is a local old legen... 2570 views Go Languedoc
Tags:
South France Festivals