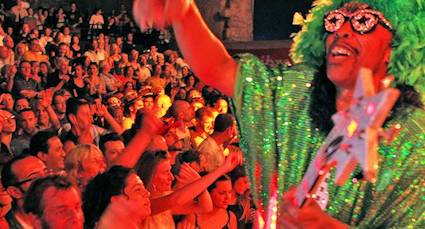 During the 2 week long Fiest'A de Sete,world music festival, over 70 artists play at 4 locations around the town of Sete, including the impressive Théâtre de la Mer, an amphitheatre on the banks of the Mediterranean sea. It really is one of the most special events in the calendar of summer French music festivals. As you take your seat you get fantastic views over the Mediterranean sea. The early evening shows are the best, just as the sun is going down over the Mediterranean and the party atmosphere in Sete is building up. During the 2 weeks of Fiest'A de Sete France, over 30,000 spectators visit the town. The festival also includes special showings of films (either musicals or related to music in some way) and a number of art and photgraphy exhibitions. 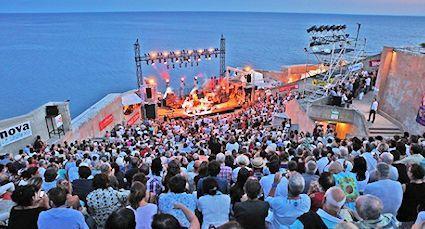 This year the Sete festival France will be held from 22 July to 7 August 2017 and over 50 musicians have already been booked. As per usual, tickets are predicted to sell out fast. 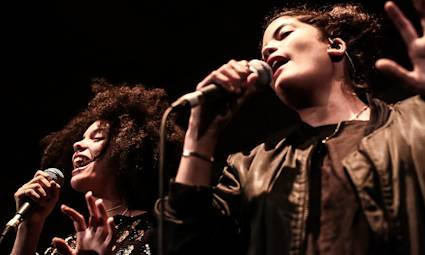 Probably the highlight for me at this year's Sete Music festival is the appearance of Hindi Zahra. Hindi Zahra is a French-Moroccan singer and actress who is very popular in France. She will be appearing alongside a Mali musician called Fatoumata Diawara on 3 August 2017. The Tunisian artist, Dhafer Youssef will be appearing on stage on 5 August 2017. The Cuban guitarist, Eliades Ochoa, first came to international prominence during his involvement in the Buena Vista Social Club, although he was famous in his own right in Cuba before then. Eliades Ocho will be playing on the Théâtre de la Mer stage on Wednesday 2 August 2017.

Opening the whole season of shows at the Théâtre de la Mer stage, is the celebrated Jazz-Funk pioneer, Roy Ayers. Ayers is most known for his songs "Everybody Loves The Sunshine" and "Searchin". During his long musical career Roy Ayers has covered jazz, R&B, funk, soul, and acid jazz. A very talented jazz composer and proiducer in his own right, Ayers is sure to be playing an eclectic mix of his own tunes re-worked standards. Roy Ayers will be playing on Tuesday 1 August 2017.

For more information on the full 2017 line-up for one of the most dynamic World Music festivals in France, please visit www.fiestasete.com. Ticket prices are €32 for the headline shows and between €20-€30 for the day time acts.

Languedoc festivals: Beaucaire Medieval ... Beaucaire, South France, is a pretty little place, with parks situated all along the canal banks. The best time to visit Beaucaire is during the Estivales in July, a large festival reconstructing... 2787 views Wed, 10 Feb 2021

Languedoc festivals: Feria de la Peche Sitting on the edge of the Petite Camargue, the old town of Saint-Gilles is a pleasant place to wander around, with its narrow windy streets. Through the centre of Saint-Gilles runs the Rhone-Sete Can... 1077 views Mon, 01 Mar 2021

Sete tourism The busy port town of Sete is a real gem on the Languedoc coast. Don't be put off by the industrial outskirts to the town, we love Sete and it has become one of the fastest growing property hot spots ... 2099 views Sat, 13 Mar 2021