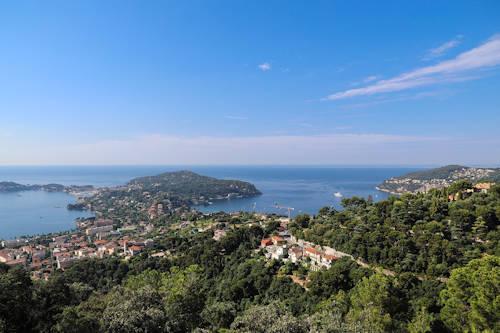 If you are wondering what and where is the French Riviera, then let me enlighten you. The French Riviera or the Cote d'Azur as it is referred to France, is the Mediterranean coastline of the southeast corner of France. It extends from the Italian border in the east, through to Cassis, Toulon and Hyéres in the west.

Where is French Riviera?

The French Riviera was one of the first modern vacation resorts. The French Riviera began as a winter health resort for the British and European aristocracy at the end of the 18th century. With the development of the railways in the 19th century, the French Riviera became the favourite vacation spot of British, Russian, and other aristocrats, including Queen Victoria and King Edward VII (who she stayed in Menton in 1891 and spent several years at the Grand Hotel at Grasse), King Leopold of Belgium (who built a famous Villa in Villefranche-sur-Mer) and Tsar Nicholas. In the summer, it also played home to many members of the Rothschild family. In the first half of the 20th century, it was frequented by many famous artists and writers. 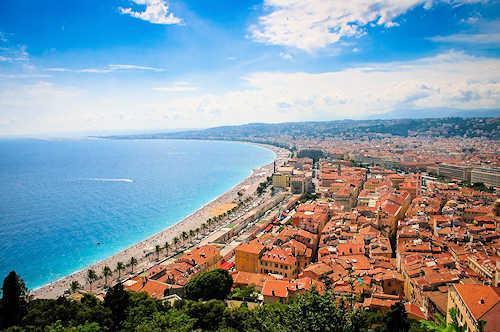 The French Riviera has a total population of over two million and is home to 163 nationalities and 100,000 foreign residents. Nice, is the largest city on the French Riviera, with a population of 500,000. During the 1960s, the Mayor of Nice, Jacques Médecin, built the Palais des Congrés at the Acropolis in Nice, and founded a Chagall Museum and a Matisse Museum at Cimiez. Nice is also home to Nice Cote d'Azur Airport, the third-busiest airport in France (after Paris-Charles de Gaulle Airport and Paris-Orly). Nice is also one of the main railway hubs in the South of France, with trains serving the coastal region and inland to Grasse. The TGV Sud Est service reaches Nice in five hours and a half from Paris.

Cannes is an important exhibition centre. The Cannes Film Festival was launched in September 1946, marking the return of French cinema to world screens. The Festival Palace was built in 1949 on the site of the old Cercle Nautique. If you're visiting the Film Festival, check out our selection of apartments in Cannes.

The French Riviera is a major yachting and cruising centre with several marinas along its coast. Each year the Riviera hosts 50% of the world's superyacht fleet. As a tourist centre it benefits from 300 days of sunshine per year, 115 kilometres (71 mi) of coastline and beaches, 18 golf courses, 14 ski resorts and 3,000 restaurants.

Where is the French Riviera: famous residents 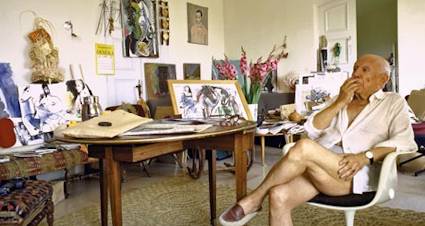 The French Riviera has been home to many famous people. The Pulitzer Prize novelist Edith Wharton, wrote The Age of Innocence (1920) at a villa near Hyéres, just outside Toulon. The French fashion designer, Coco Chanel, made sunbathing fashionable whilst staying on the French Riviera. She acquired a deep tan during her stay in the summer of 1923, and tans then became the fashion in Paris. She later built a villa in Roquebrun-Cap-Martin in 1928.

The writer F. Scott Fitzgerald first visited the French Riviera with his wife Zelda in 1924, stopping at Hyéres, Cannes and Monte Carlo. Eventually he setted in Saint-Raphael, where he wrote much of The Great Gatsby and began Tender is the Night. The English playwright and novelist Somerset Maugham also became a resident in 1926, buying the Villa Mauresque toward the tip of Cap Ferrat, near Nice.

In 1936, King Edward VIII and Wallis Simpson, stayed at the Villa Lou Vieie in Cannes. After his abdication, the Duke of Windsor (as he became) stayed at the Villa La Croe near Antibes. If you rent one of our Cannes holiday villas, you'll be staying alongside an august piece of history as well as in a dazzling modern vacation spot.

The painter Pablo Picasso, stayed at many places along the French Riviera, but he settled in Mougins a small village above Cannes, where he lived for many years and died here. Picasso's long time friend, Henri Matisse, lived on the French Riviera, mainly at Hotel Regina in Cimiez, a suburb of Nice.

In 1958, Brigitte Bardot withdrew from the bright lights of Paris and Hollywood to the seclusion of Southern France, where she bought the house La Madrague in Saint-Tropez. This propelled the sleepy fishing village of St Tropez into the international limelight. Catch some of that limelight whilst staying at a gorgeous Saint Tropez villa.

Many celebrities then followed Bardot to the South of France coastline. The Rolling Stones recorded their album Exile of Main Street (1972) at a mansion near Villefranche sur Mer. In recent times, the French Riviera has become home to many famous celebrities. The actor Johnny Depp lived in a villa in the village of Plan-de-la-Tour, near Sainte-Maxime. The U2 frontman, Bono, owns a property on the beachfront in Eze-sur-Mer, as does the band's guitarist 'The Edge', who also lives nearby. At the end of August, 1997, shortly before they were killed in a traffic accident in the Alma Tunnel in Paris, Princess Diana and Dodi Fayed spent their last days together on his father's yacht off Pampelonne Beach near Saint-Tropez. Elton John and his husband David Furnish, own a stunning villa on the top of Mont Boron, near Nice, one of the most expensive property locations on the Cote d'Azur. Tina Turner, owns a property, Villa Anna Fleur, at Villefranche-sur-Mer. Microsoft co-founder, Steve Allen owns a property in Saint-Jean Cap-Ferrat, as does the composer, Andrew Lloyd-Webber and (allegedly!) Russian President Vladimir Putin.

If you are looking for some famous places to visit in France during 2020, then here is a list of my 10...

L'Isle sur Sorgue is often regarded as one of the prettiest towns in Provence to visit. Located on the...