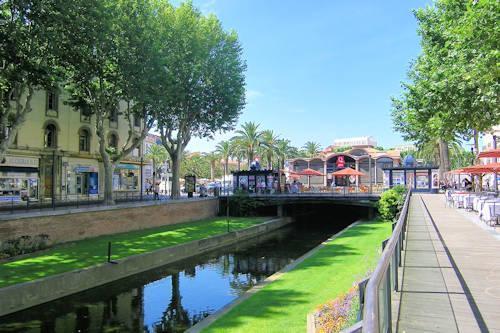 The Perpignan region in South France has a real Catalan feel to it. Partly, this is due to its proximity to Spain (25 kms away) and partly due to its history as part of the old King of Mallorca's province. I really like the old town of Perpignan. It is a real pleasure to walk around, especially the narrow maze of street towards the Palais des Rois de Majorque. Perpignan has a couple of buildings worth searching out. It is also a great town to shop in and quite pleasant to look at along the grassy esplanades of the river that runs through it. In short, ther are plenty of things to do in Perpignan to occupy an afternoon or evening.

Our Perpignan tourism guide helps shed some light on the best things to do in Perpignan and the surrounding region in 2020.

Perpignan is the capital of Roussillon. Its Spanish influence predominantly comes from the thousands of refugees that fled Catalonia at the end of the Spanish Civil War. But it has also been part of the Catalan-Aragonese Crown, before it was brought under French control in 1659.  The most important building here though is the Palais des Rois. The Kings of Mallorca made Perpignan their mainland capital and brought with it propsperity from cloth-making. 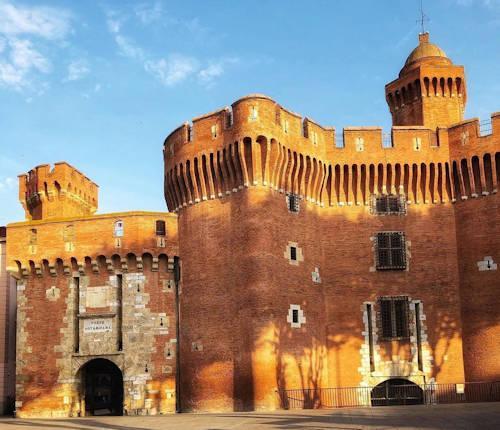 Perpignan is located in the very south of France, close to the Spanish border. It is on the Mediterranean coast, with beaches just a few kilometers away. From the centre of Perpignan you can see the Pyrenees mountain range between France and Spain and this gives the city a very eye-pleasing back-drop. Perpignan is on the mainline TGV route between Paris and Barcelona. It also has it's own airport, which regular flights to London Stansted.

Perpignan tourism - Palace of the Kings of Majorca Perpignan

The Palais des Rois (or Palace of the Kings of Majorca Perpignan to give it it's full English translation) has come to symbolise Perpignan. It is a massive palace sitting on a hill to the south of the city centre. Some of the original building still remains, but the impressive outer defences were constructed by Louis XIII and Richelieu after they successfully took Perpignan from the Catalans in 1659. The Palace of the Kings of Majorca is a great spot to take in the city of Perpignan and provides views out towards the Mediterranean.

In the centre of Perpignan's old town you will find the 15th century Palais de la Deputation (where the Catalan Kings once convened the Roussillon parliament); the 16th century Hotel de Ville; and the 14th Century Loge de Mer, which served as the regions stock exchange. The square outside these buildings once served as a base for executions during the 15th-16th centuries. At the end of the place de Loge, you will also find the distinctive Le Castillet, a red brick tower that was once part of the old town walls.

Things to do in Perpignan - Musee Rigaud 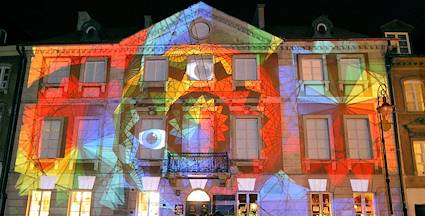 This old 17th century Palace, was originally the workshop of the artist Hyacinthe Rigaud, a favourite of the court of Louis XIV. But it later served as a studio for a range of famous artists such as Picasso, Dufy, Maillol and Cocteau. If you have time it is well worth popping in to see the collection of paintings from its former residents. Musee Rigaud is on rue Ange, close to place Arago (see Musee Rigaud for more information). 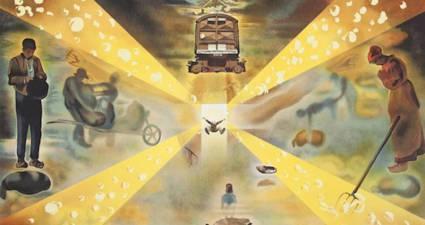 The train station itself is a relatively plain old building, but it has been adorned on top with a statue of Salavador Dali who immortalised it in a couple of his paintings ("Le Gare de Perpignan" 1963). The Perpignan railway station held special significance for Dalí, who once remarked that it was the "centre of the world". Indeed there was once an old milestone erected that simply read "Centre du Monde 0.0km".He claimed to have experience a vision whilst passing through the station. Dali indeed decorated part of Perpignan train station during refurbishment work. 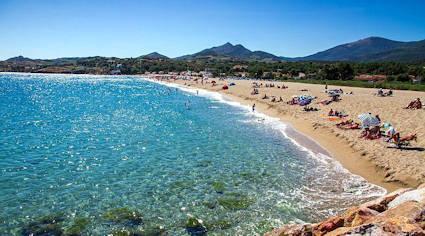 Perpignan itself is a good base from which to explore the rest of Roussillon. Either by car or train you can reach Ceret, Thuir, Ille-sur-Tet, Sales or the coast at Collioure and Argeles-sur-Mer. The outskirts of Perpignan are pretty scruffy. Near to Perpignan you will find some excellent beaches, especially at Argeles-sur-Mer, St Cyprien Plage and Le Franqui. The beaches closest to Perpignan are a bit overdeveloped (Canet), but Torreiles beach is probably the best bet. It is less crowded in the summer months. But all in all Perpignan is a good town and worth a visit.

The full selection of Perpignan apartments and villas to rent in France can be found here Perpignan region accommodation.

The busy port town of Sete is a real gem on the Languedoc coast. Don't be put off by the industrial outskirts...

Now I have never been here and the main reason forthis is that whenever I go past La Taverne de Port,...