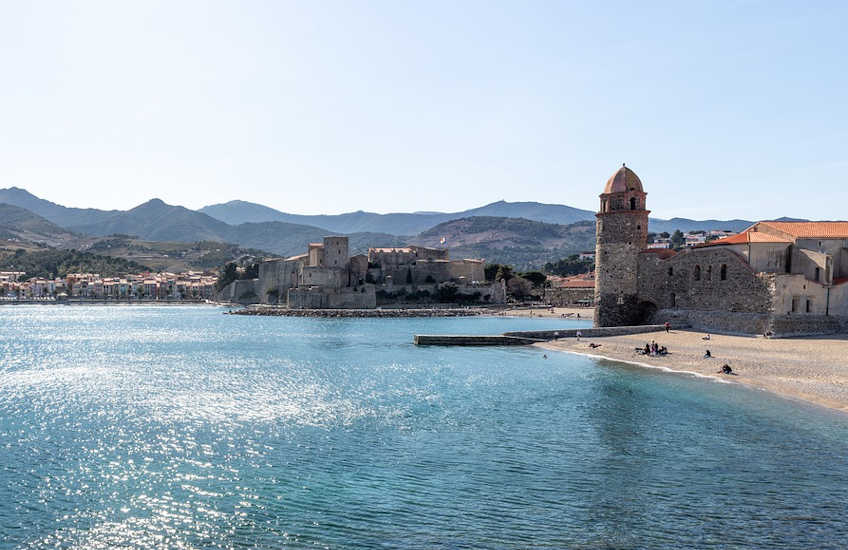 We always splash out when we go to Collioure and eat in one of the harbour restaurants. They are not that much more expensive than the restaurants in the narrow streets behind, but the views are infinitely better. One of these restaurants, "Les Templiers" features paintings donated by Picasso, Matisse and Dufy. It is amazing how little Colioure has changed since the days when these artists whiled away their time here.