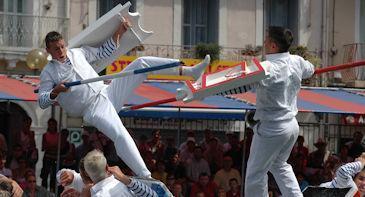 The Water Jousting festival in Sete, France, originated in Sete centuries ago. This sport is now a passionate fixture of Languedoc traditional culture. Water jousting is really one of the most unusual sports from around the world, something that really has to be witnessed to be believed. Watching the Water Jousting has to be top of your list of things to do in Sete, France, this summer.

Read more: Things to do in Sete France: Water... 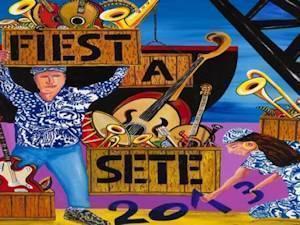 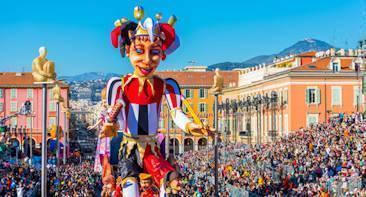 The Nice Carnival is the oldest and one of the biggest carnivals in the World. It is also one of the most important dates in the annual Nice, France, festivals calendar. The 2020 Nice carnival will take place from 15-29 February 2020. This enormous French carnival procession takes place over 15 days during the Mardi Gras. 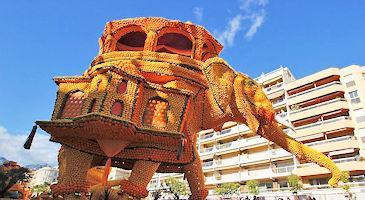 One of the most colourful festivals of France is the annual Menton Lemon festival. The Fête du Citron, is held during last weeks of February in the coastal resort of Menton, on the French Riviera in between Monaco and the Italian border. The 2020 Menton Lemon festival in France will be the 87th edition of the festival and will take place from 15 February to 3 March 2020. 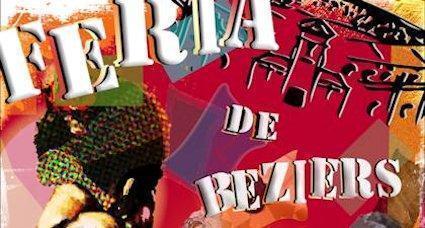 Without doubt the greatest festival in Languedoc. Beziers comes alive in spectacular fashion with fireworks, street entertainment and a daily Spanish corrida. There is also an important wine festival in Beziers at the same time as the Feria. So if you are in Languedoc in early August and you want to experience a great Languedoc festival, then the Beziers Ferias is an absolute must see. 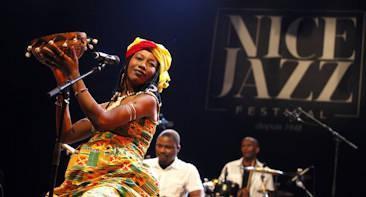 It is quite incredible that the Nice Jazz festival was the very first jazz festival in the world. The inaugural Festival de Jazz Nice was held in February 1948, 70 years ago. The 2020 Nice Jazz festival is the 70th Jazz event on the French Riviera and will take place from 17 to 21 July 2020 at the Théatre de Verdure, Place Masséna, Nice.

MIPTV Cannes 2020 will take place from 30 March to 2 April 2020. MIP TV is a massive TV content marketing show that brings together everybody involved in the TV, film, digital and video industry. It is actually 4 conferences in one: MIP Digital Fronts, MIPDOC, MIPFormats and MIPTV. 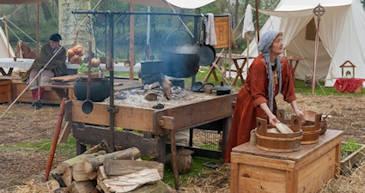 Beaucaire, South France, is a pretty little place, with parks situated all along the canal banks. The best time to visit Beaucaire is during the Estivales in July, a large festival reconstructing of the town's historic medieval fair. 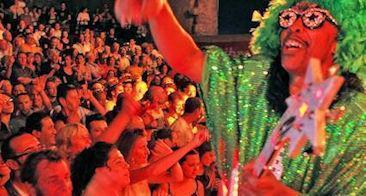 MIPIM Cannes 2020 is the International Real Estate show held at the Palais des Festivals, Cannes, in March or April each year. MIPIM 2020 Cannes will be held from 10-13 March 2020. This huge property market exhibition and conference is held over 4 full days and encompasses over 20,000 participants. 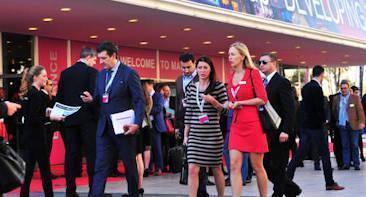 MAPIC Cannes 2020 is the International Retail Property Marketing show held at the Palais de Festivals, Cannes, in November each year. This exhibition and conference for companies specialising in retail development, is held over 3 full days and encompasses over 7,500 participants including exhibitors and keynote industry speakers. 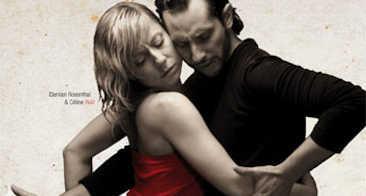 For three long days during the middle of September, Menton swings to the unmistakeable Argentinian beat of the Tango. The 18th edition of the Menton Tango festival will take place on Friday 11 to Sunday 13 September 2020. Whether it be at impromptu performances in the street or organised dances at hotels in the town, it will be difficult to avoid the South American rhythm. 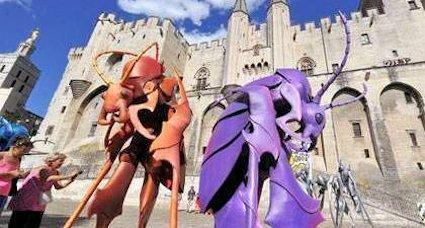 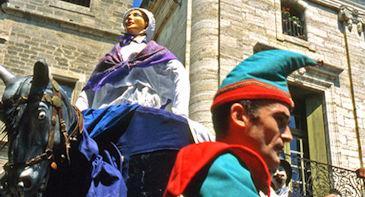 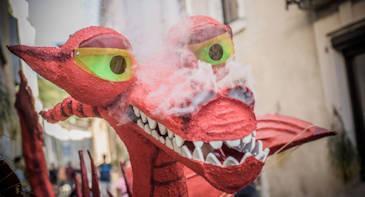 The Fete de Drac or Dragon festival in Mondragon, South of France, has been taking place for the last 40 years. The origins of the festival is a local old legend of a dragon that appears on the banks of the Rhone river and captures unsuspecting virgins from the village of Mondragon. This festival is always a raucus affair, with plenty of fireworks, fancy dress and general mayhem. 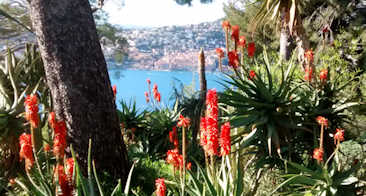 During the month of June, the town of Menton throw open the doors to its public and private gardens. Due to its unique micro-climate, Menton has always prided itself on the quality of its gardens and horticulture.

The Feria de Pentecost is Nimes' most important festival, held on the fifth weekend after Easter. The Nimes ferias are widely regarded as the most lively of Languedoc's festivals. 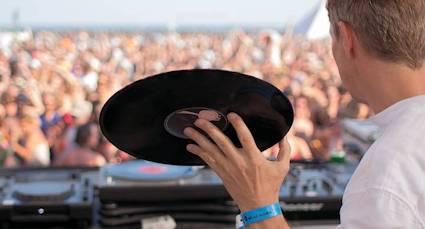 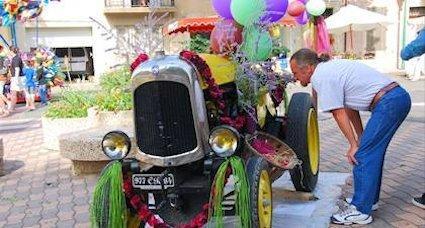 The end of August brings with it the Fig Festival in Nezignan l'Eveque, which you can not miss - well we can't because it is right outside our front door. Featuring all manner of fig related products, as well as handicrafts, organic food and oddballs selling herbal 'digestifs' that look like boiled tea. Nezignan lEveque is famous for its figs. Not an awful lot has happened in Nezignan lEveque, but it is world reknowned for its figs. This tiny little village near Pezenas grows more than 90 different varieties, as well as producing 30% of France's Nougat. 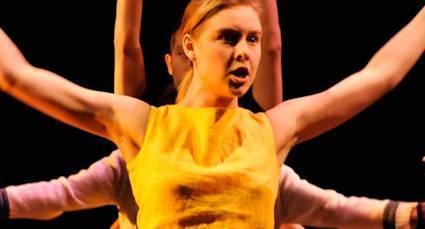 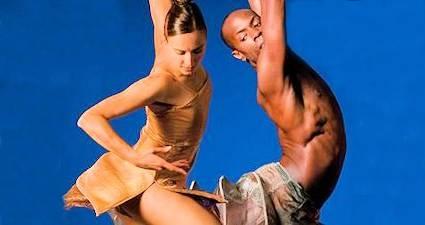 In late June and early July, Montpellier is home to a three week festival of traditional music and danse from around the world. The Montpellier Danse festival takes place in the old Ursuline convent, the Comedie, Le Corum and other venues around the city.

The Feria de Pentecost is Nimes' most important festival, held on the fifth weekend after Easter. The Nimes ferias are widely regarded as the most lively festival in South France.

A huge gypsy fair is held in Les Saintes-Maries-de-la-Mer every year towards the end of May. This fair has a long old history. The story starts shortly after the Crucifixion of Christ, when many of his disciples were being hunted out of Palestine. One group of disciples boarded a boat, which according to legend had no sail or oars and was guided by God across the Mediterranean to Provence. 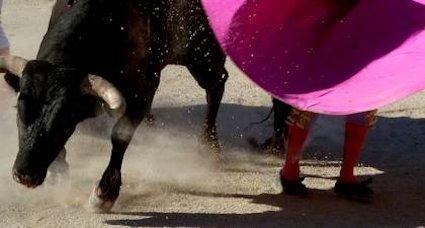 Sitting on the edge of the Petite Camargue, the old town of Saint-Gilles is a pleasant place to wander around, with its narrow windy streets. Through the centre of Saint-Gilles runs the Rhone-Sete Canal. The canal-side is now a busy place full of restaurants, shops and bot hire kiosks. The town features a wonderful 12th Century Abbey Church, now a UNESCO World Heritage monument. The biggest festival in Saint-Gilles takes place in mid August, with the Feria de la Peche et de l'Abricot 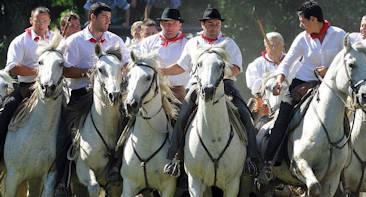 The biggest festival in Saint-Gilles-du-Gard takes place in mid August, with the annual Feria de la Peche et de l'Abricot (Peach & Apricot Festival), which features street processions, dancing and the obligatory bull-fighting. This 5 day event takes over the whole town, bringing with it a carnival atmosphere to the historic old town in the heart of the Camargue.

If I was to rank my favourite things to see in France, outside of Paris of course, then this would be...

In late June and early July, Montpellier is home to a three week festival of traditional music and danse...

Rochelongue Plage, the best of the Cap d'Agde beaches, is situated in the heart of Cap d Agde. Rochelongue...