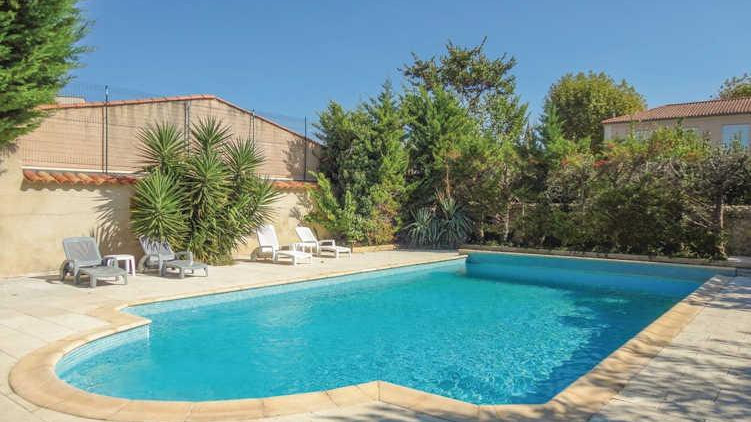 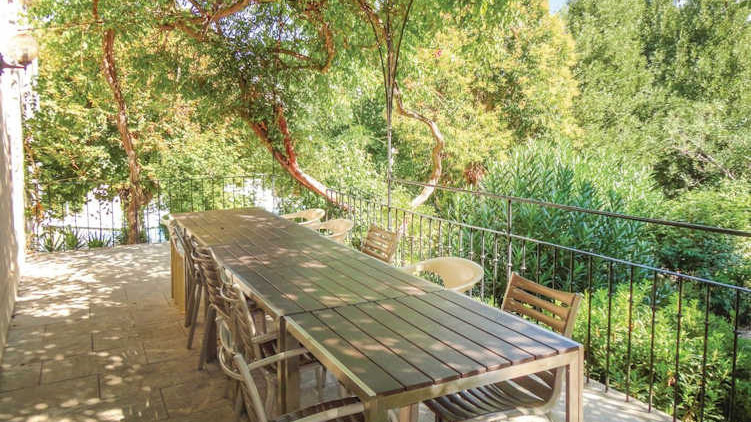 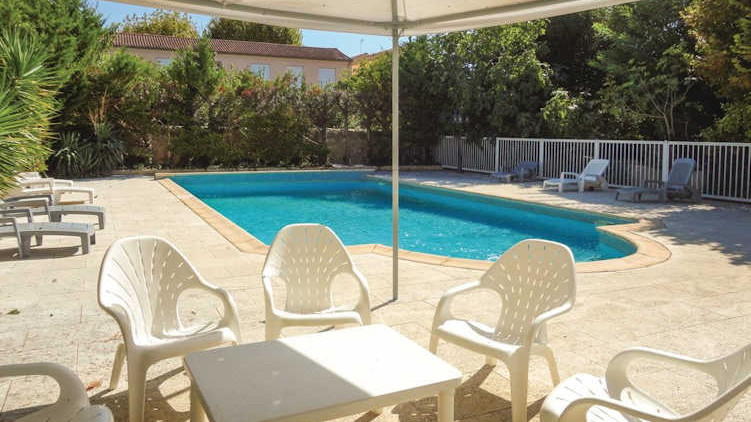 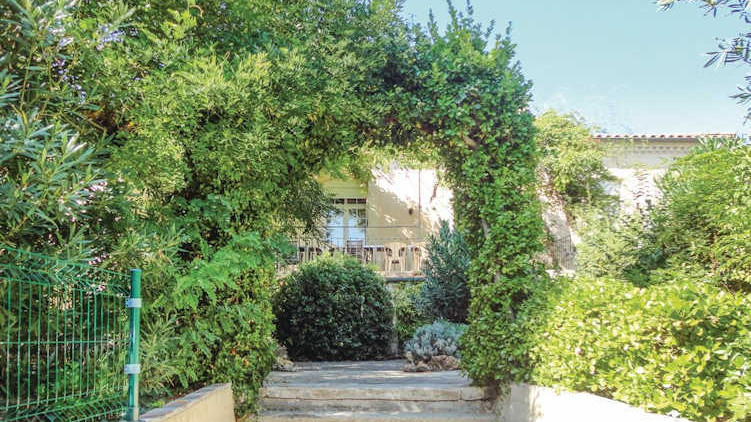 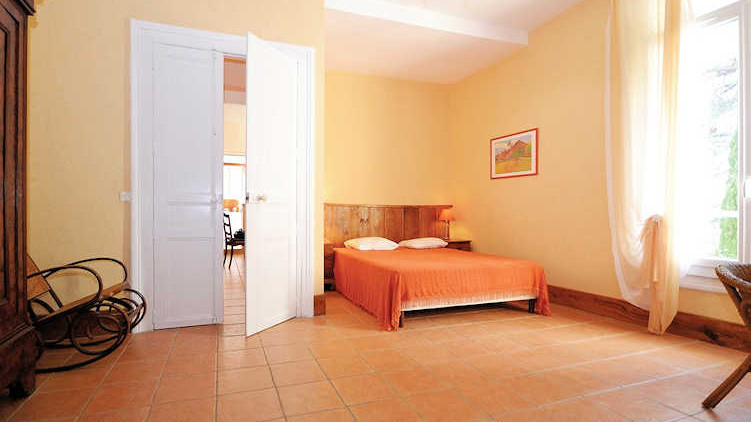 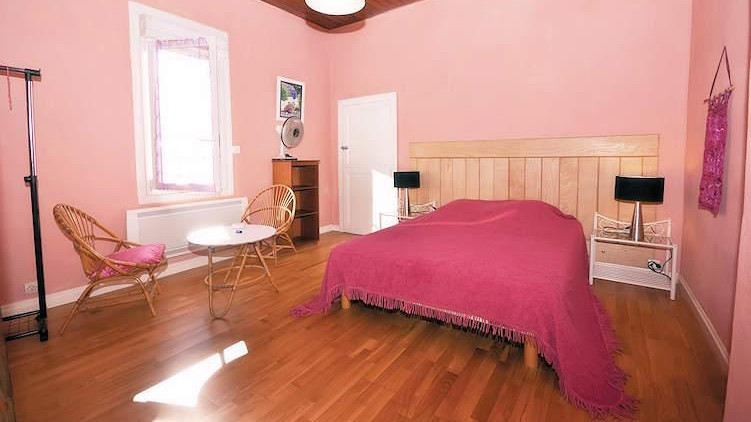 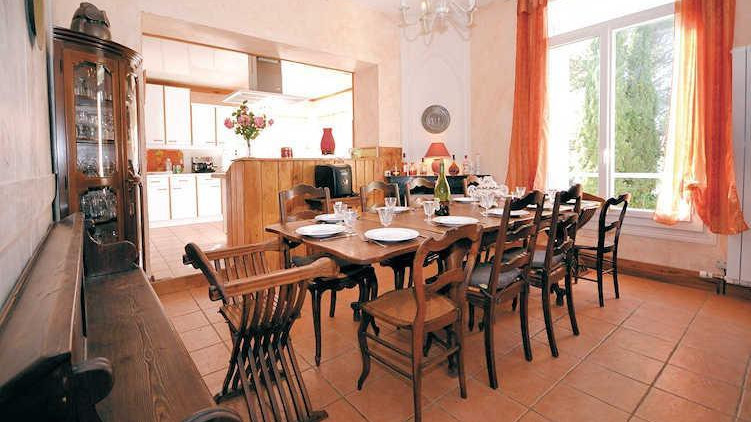 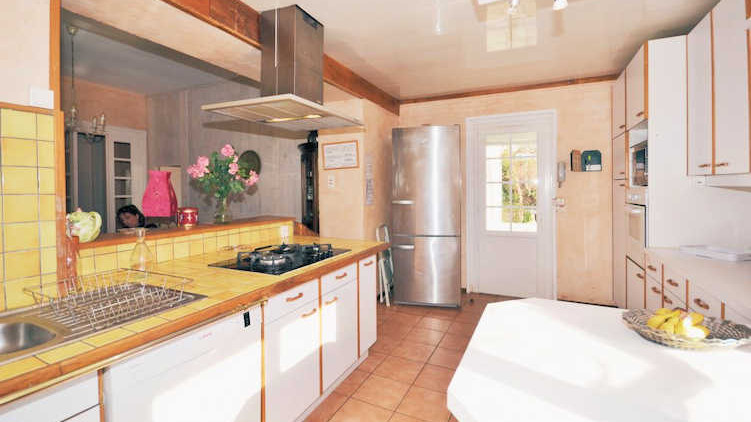 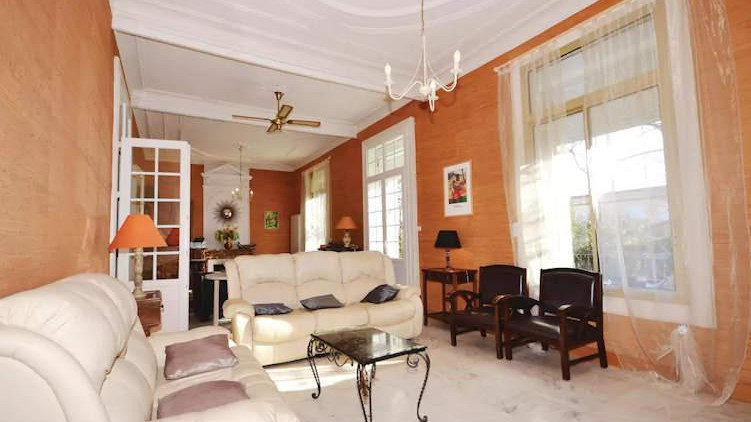 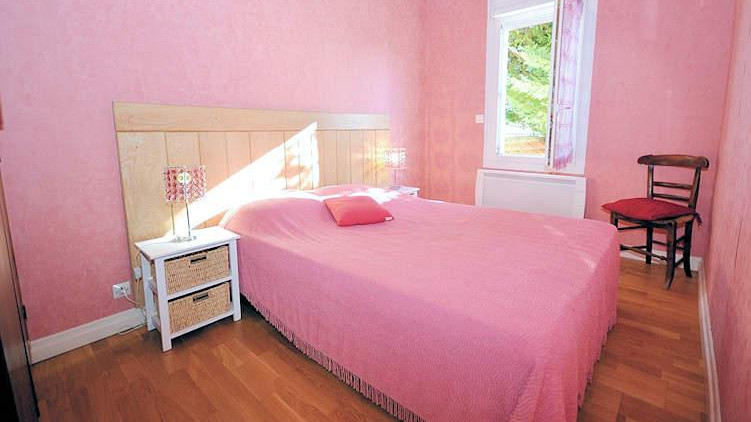 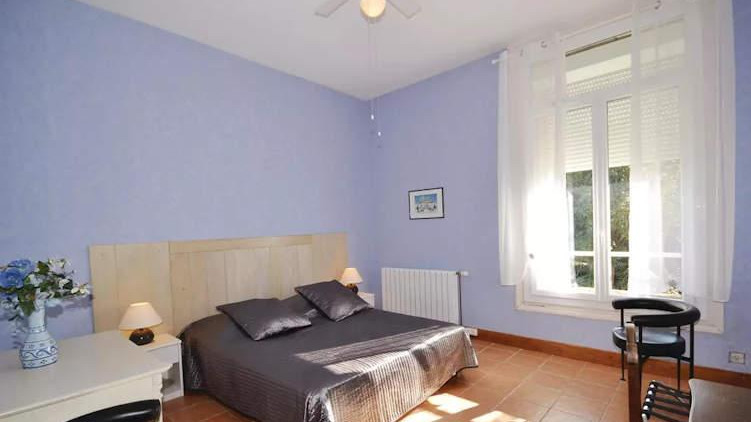 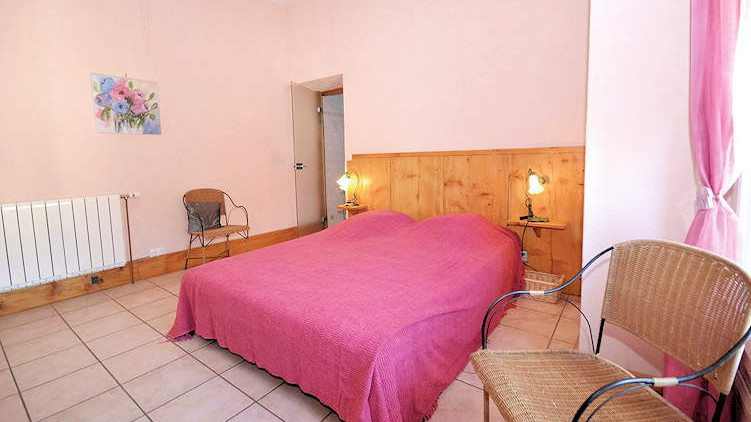 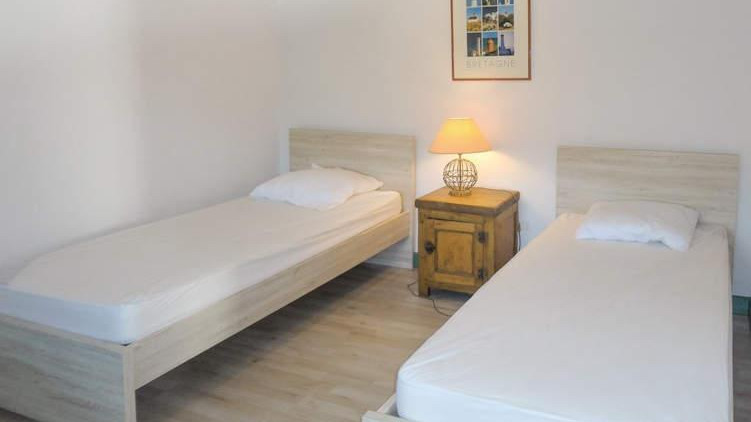 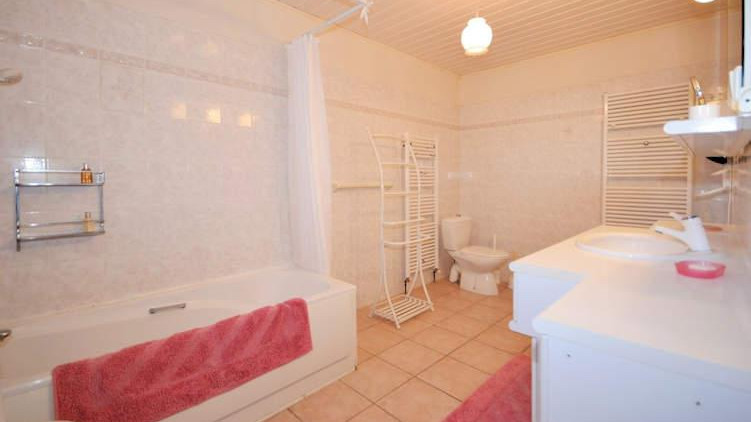 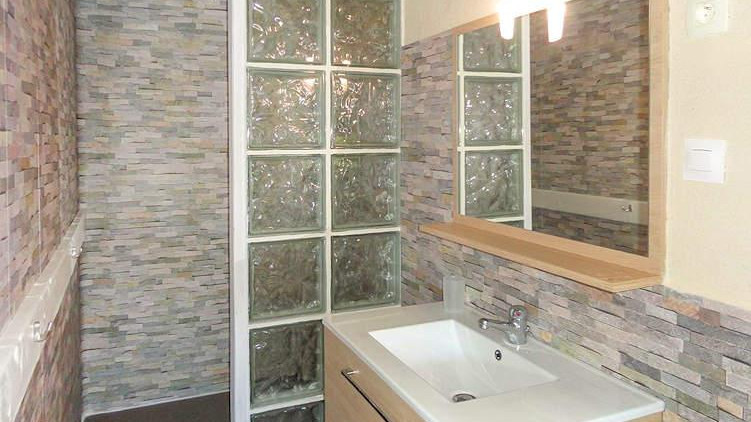 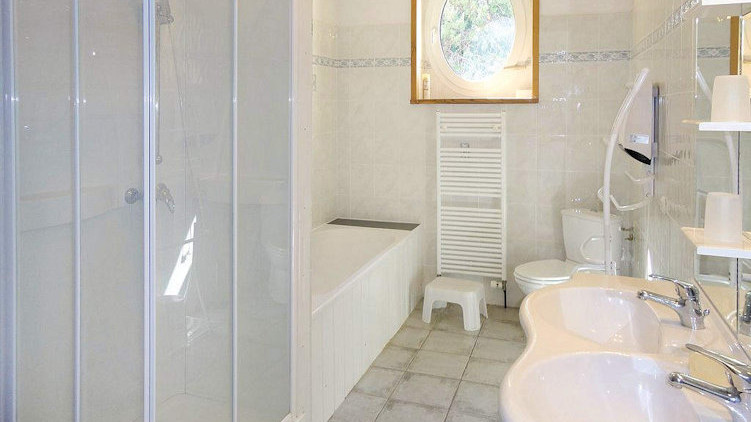 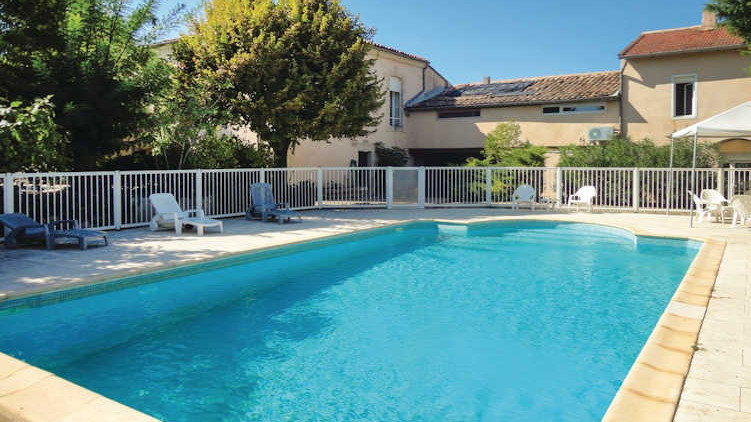 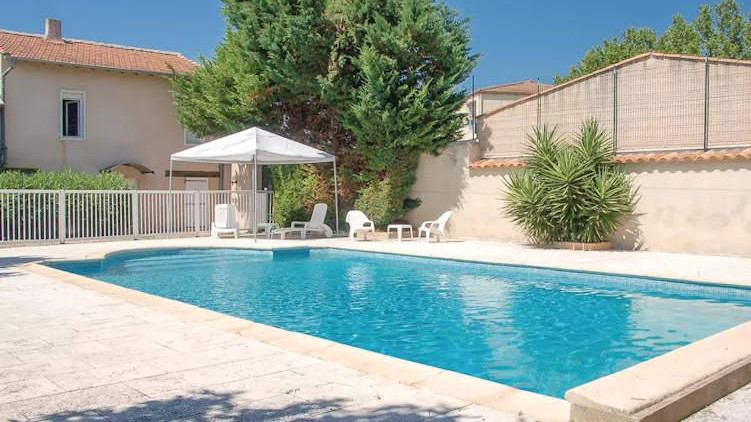 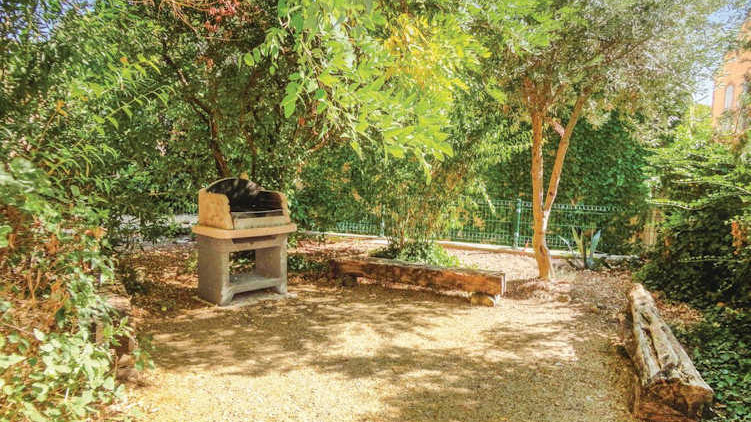 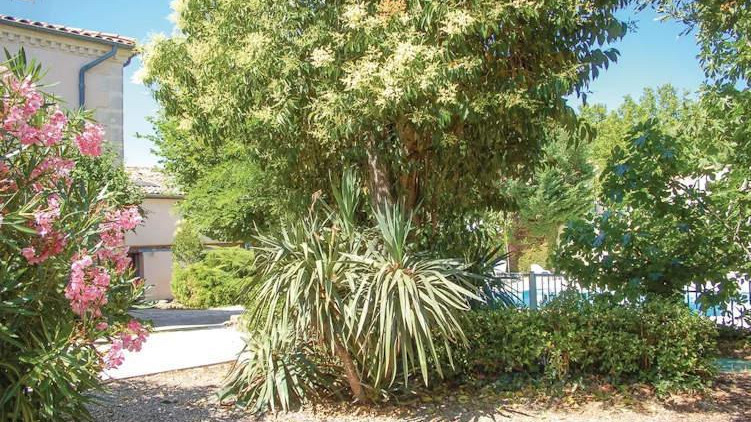 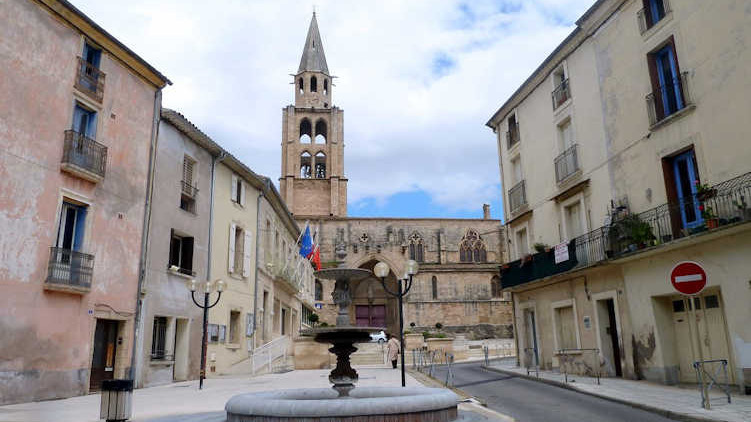 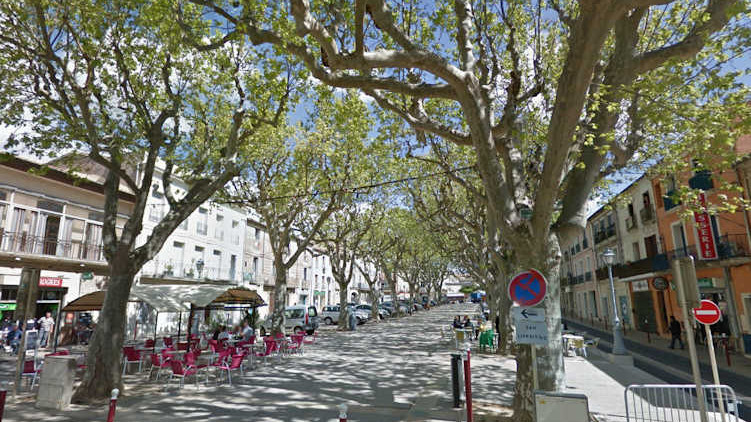 Previous Next
Price From
338 €
per Night

3Reviews 4.3
Show details
Save Print
Please choose your resource.
1. Check In Date
Minimum stay (nights): 5
2. Check Out Date 3. Resource Type
There are no free resources for selected dates or includes already occupied. Only days following each other can be booked 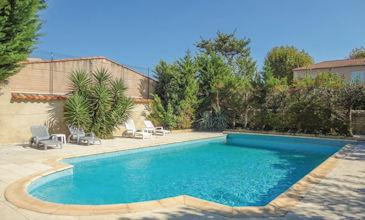 The parking, garden and swimming pool are for the exclusive use of the guests.

Linen, bath towels and end of stay cleaning included within the price.

Villa Rose is a large Languedoc holiday villa located in the pretty village of Montagnac, in South France. This fabulous holiday villa benefits from 7 bedrooms and can comfortably sleep up to 14 people. There is a large private pool with several seating areas for those relaxing days by the pool.

Montagnac is situated in between the historic town of Pezenas and the harbour town of Meze with it´s beach and fish restaurants. The villa can be rented with 7 bedrooms for 14 people or 5 bedrooms for 10 people. This South France holiday rentals property has lovely grounds with secure gates making it very private and peaceful.

Villa Rose is a large villa with 5 bedrooms in the main house, there is a separate gite with 2 bedrooms, perfect for Grandparents or extra family or friends.

This holiday villa in Languedoc can be rented as the house for 10 people or together with the 4 person gite.

Prices are weekly and include towels and linen. Prices are based on 14 people and 10 people

This large holiday villa in South France is located in Montagnac which has everything you need - shops, bank, a wine cave, cafes and bars, and on the edge of town, the largest wine cooperative in France. If you are visiting without a car everything you need is at hand, and there is a good bus service to surrounding areas.

Montagnac is a lovely village with all the necesary shops that one would require but yet still keeping a village feel. Situated inbetween Meze and Pezenas it is ideal for your alround holiday be it beach, country or mountians and ideal for skiing in the winter only 2hrs from the ski slopes ideal for a day of skiing. Not forgetting 1h our from the border with Spain. During the summer there is live music on the Esplanade twice a week, where you can also have a meal in one of the three restaurants or have a take away, Friday morning is the local market and Tuesday evening there is a summer market selling local arts and crafts. There are 3 bakers, a mini supermarket, butchers, fruit and vegetable shop, along with Doctors and dentist and pharmacy.

Montagnac is a 3 minute drive from the historic town of Pezenas, with its artisans, antique dealers and many restaurants. Fifteen minutes to the south brings you to wonderful Mediterranean beaches and north are the l´Herault mountains with grottos, rivers and scenic drives. To the west is Carcassonne and the Cathar fortresses and eventually Spain. In the east explore Provence with all its history, and on to the Riviera. There are many chateaus in the area where you can taste and enjoy the Languedoc wines. Outdoor markets abound in Montagnac and the surrounding villages.

There is a TGV train station in Montpellier. A regular bus service runs between Montpellier and Montagnac.

To reach Villa Rose by plane you can:

Montagnac is located in between Pezenas and Montpellier. The A75 motorway can be reached in under 5 mins.

We liked the house in Montagnac very much

It was spacious, with reasonable beds, the pool and terrace marvellous with a lot of character. Huge "garage". Nice and quiet location. All very authentic. What might need some more attention is the kitchen: cutlery was rare and some pots were broken. It might be a good idea to invest some money into the kitchen, maybe to modernise it in general (incl. furniture and lighting). In the garden, I "freed" saint Marie (the statue in the wall) from the greenery that had covered her. Nice detail that should be looked after. In general, the house was a good choice!

This was a first holiday including all our extended family of 13 persons which was a great success, the property and facilities met all of our needs, and the information provided was accurate and useful in our holiday planning. The house is massive and really interesting / rustic, the garage under the house was also massive, at one time it may even have been used for a wine cellar!

The electric garage door is key operated and would benefit from a remote control for ease of entry rather than having to get out of the car each time. It would have been very useful to have more than the two sets of keys provided to allow more independence of movement of the 5 groups of our family.

There were some complementary bottles of wine and a full bag of charcoal provided for us on our arrival and we were met by a nice lady who explained the layout and facilities to us and also met us on our departure. Language was a bit of an issue here on some specific areas but we managed for communicate quite well in "Franglais" with her and the cleaner.

The Pool, veranda, BBQ area and garden were the most popular and used facilities by us, the furnishings and chairs in the house were nice but not particularly comfortable, but his didn`t affect us as we only really slept in the house and Gite.

Everything needed was provided in terms of white goods and appliances, although the quantity was good, the organisation and consistency of pots pans, knives forks and cooking utensils in the kitchen could have been much better.

We only used the main kitchen for preparing cooking mostly doing BBQ was easier as the kitchen was cramped for so many people especially at breakfast with people coming and going in there.

The local shops were 5 minutes` walk away in the main street where there were also nice bars and restaurants in a nice typically French setting, providing basic groceries, bread and meat etc. and we had pizza from the local takeaway which was very nice too.

The village was quite busy with lots of through traffic but this only affected us if we went into the shops and the local area / street was very quiet (apart from the Bin Men early on some mornings.

We mainly shopped in Pezenas at the larger supermarket (10 minutes by car) which was an interesting place with lots to see. We can also recommend a trip to the local Wine cooperative Cave with some very nice Montagnac wine to sample and buy there.

Although we were not on holiday to be on the internet answering e mails all the time, everyone in our family had a mobile phone, tablet or laptop and the Wi Fi was not able to cope at all, even restricting it to a few people it was un reliable and I used my phone 3G connection which was much better.

Overall it was a great holiday which we would consider repeating at this Villa.

We had a wonderful holiday and enjoyed staying at the house

The pool was such fun and we were sad to leave. It`s a lovely place with lots of character