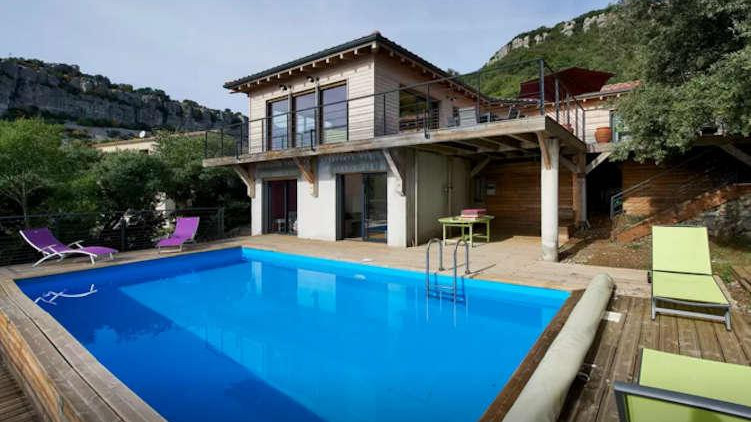 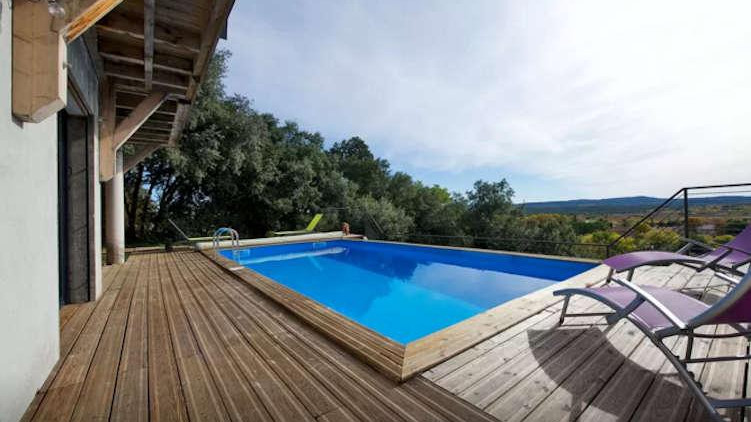 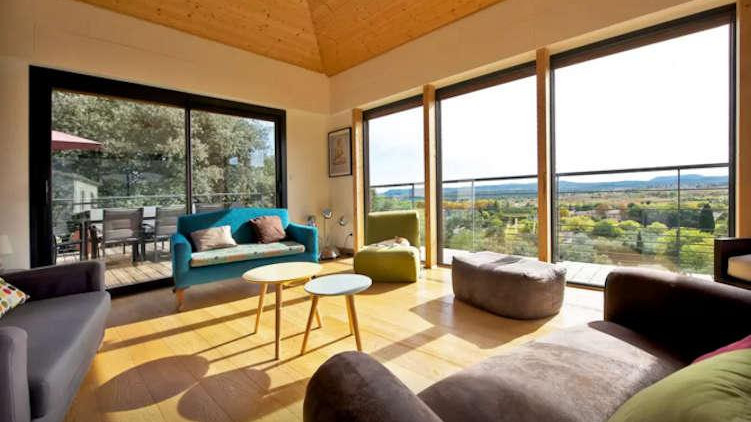 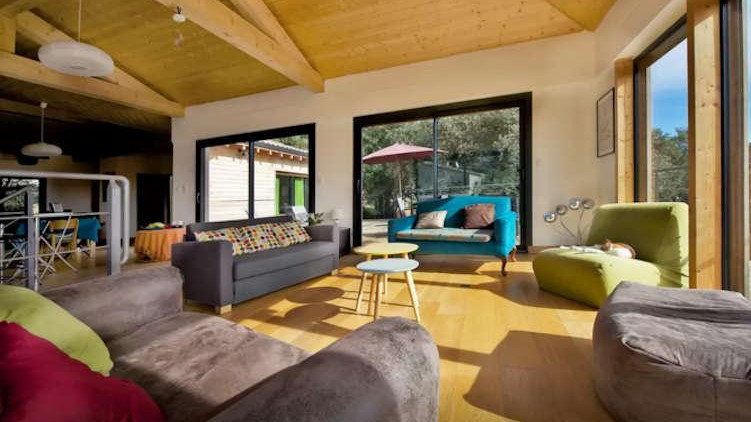 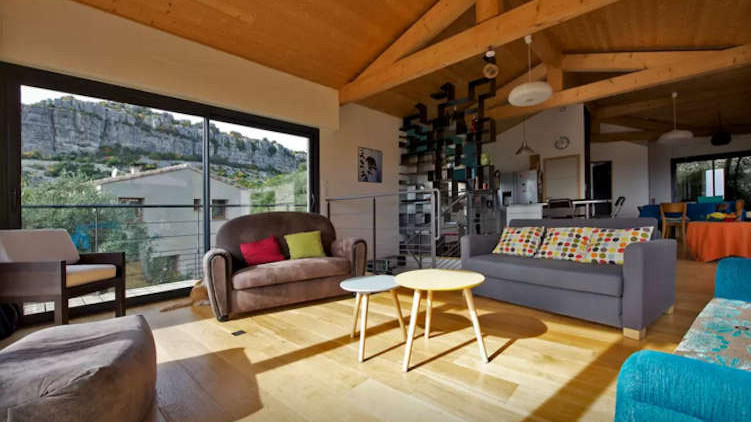 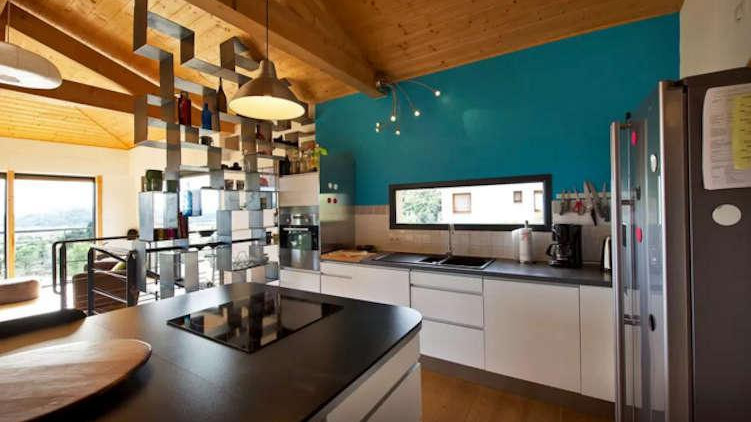 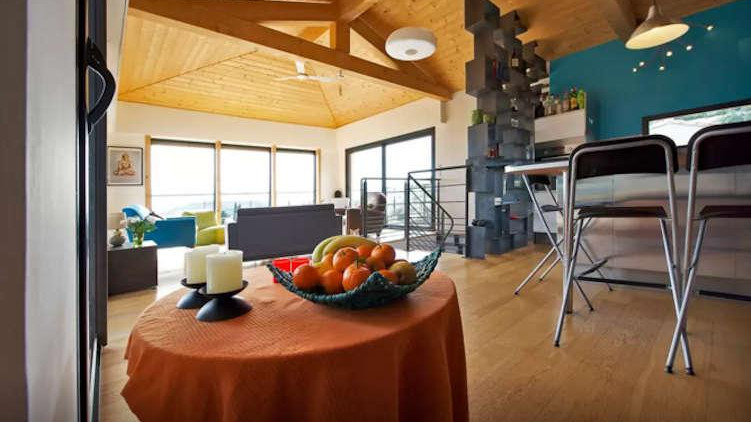 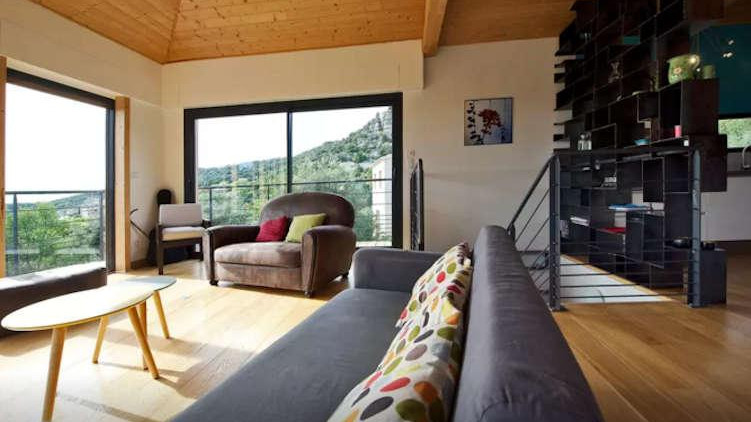 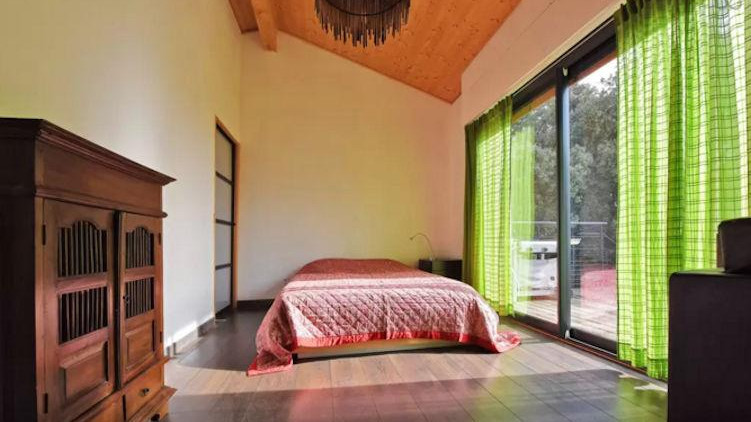 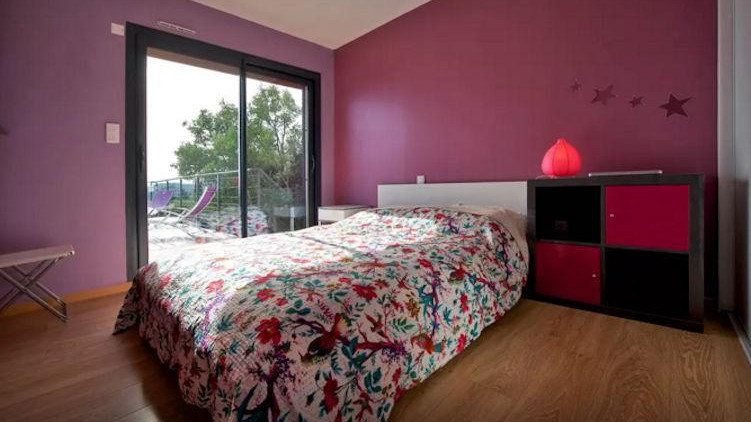 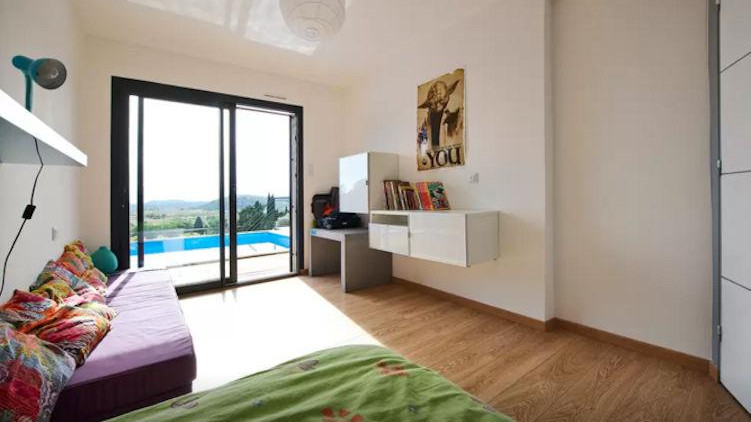 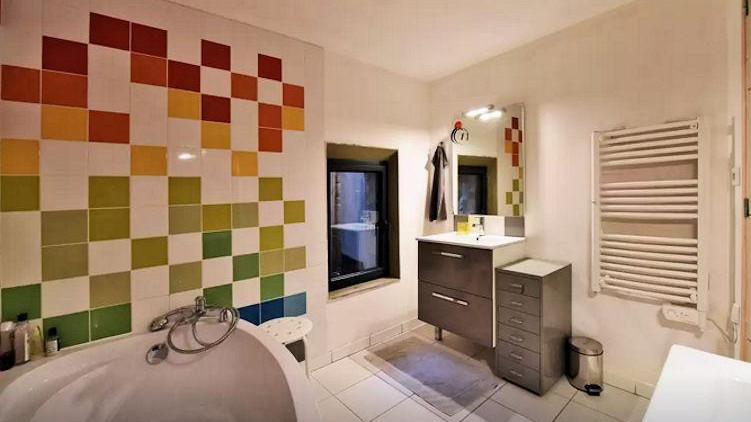 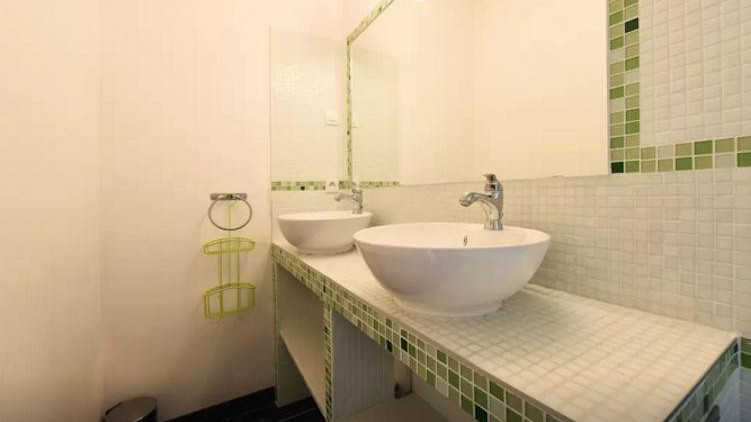 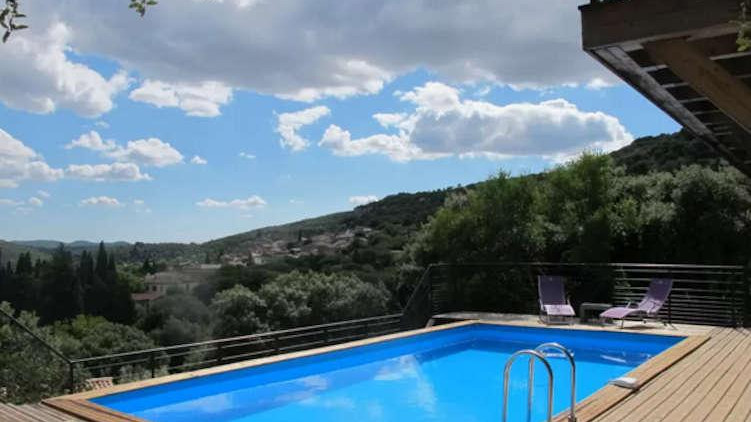 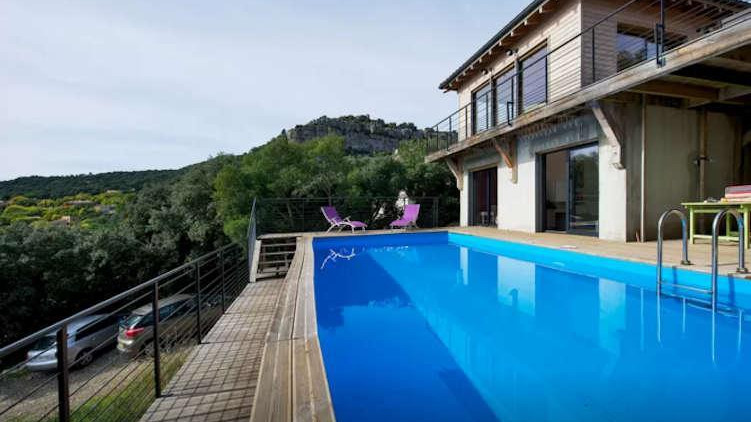 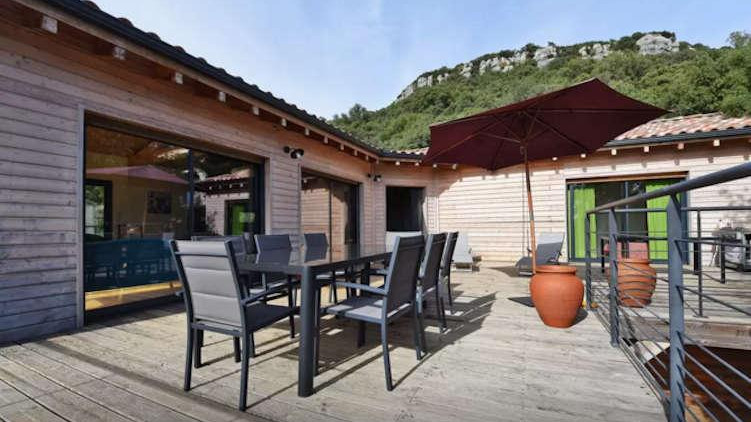 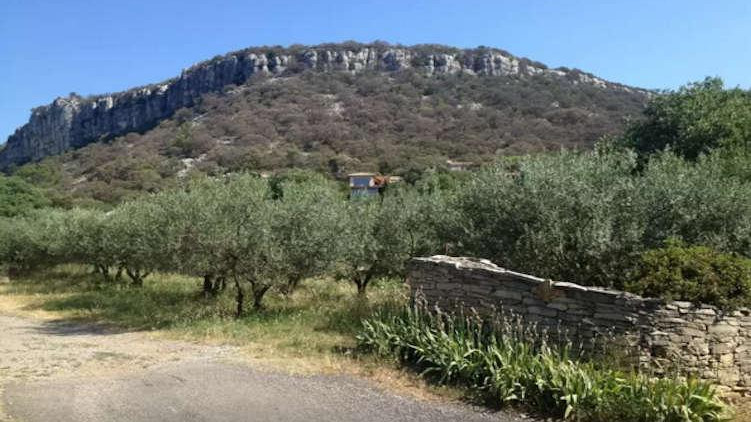 Previous Next
Price From
179 €
per Night

1Reviews 4.7
Show details
Save Print
Please choose your resource.
1. Check In Date
Minimum stay (nights): 5
2. Check Out Date 3. Resource Type
There are no free resources for selected dates or includes already occupied. Only days following each other can be booked 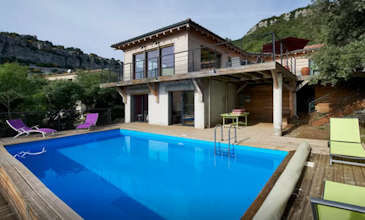 The parking, garden and swimming pool are for the exclusive use of the guests.

Villa Kengen is a fantastic villa rental property with private pool in South France. The holiday villa is located on the edge of the village of Corconne, near Quissac, Nimes and Montpellier. This wooden and stone villa comes with a fantastic views. The villa sleeps 8 guests very comfortably in its 4 bedrooms. The surrounding area is famous for olive oil production and good Languedoc wines. The villa is also close to the beautiful village of Sauve, full of restaurants and shops.

If you are looking for a villa rental in Southern France with views, a private swimming pool and plenty of space - then Villa Kengen ticks all the boxes.

Situated on a hillside, this holiday home is an ´upside down house´ with the main bedrooms on the ground floor with direct access to the pool terrace. The living rooms are up on the first floor and provide wonderful views in all directions.

The prices for Villa Kengen South France holiday home to rent with pool are weekly and include utilities, linen and towels.

South France holiday home to rent with pool - Our Opinion

This wonderful holiday home to rent in South France, is situated in a picturesque part of the Languedoc region. With Quissac, Sauve and Nimes close by, this holiday home is in a good location for a relaxing family holiday in the South of France.

Avignon: This city was residence of the pope in the 14th century. Many monuments remain from this period including the Pope`s Palace, the famous "Pont St Bénézet", la "place de l`Horloge" and its theatres. . .

Sommieres: is an exceptionally picturesque medieval South France town, which offers plenty of sightseeing and activities, both locally and in it`s surrounding areas. One of Sommieres`s key features is it`s Roman bridge, built by the emperor Tiberus in the First century AD. Above the town stands a castle, built in the 10 century. A wide range of festivities take place in Sommieres, including the Medieval fair in April, and the Town`s Saint`s fair in the summer. You should also visit Sommieres` Saturday market, which served as the set during the filming of the French film "Manon des Sources".

Mediterranean beaches: Only 25 km from Domaine de Plantat you will find endless sandy beaches of the Languedoc.

There is a bus service from Nimes to Quissac.

The nearest airports to this Corconne villa rental in France with private pool are:

The booking terms for this Corconne villa rental in France with private pool are as follows:

25% deposit at time of booking, balance due 8 week´s prior to arrival.